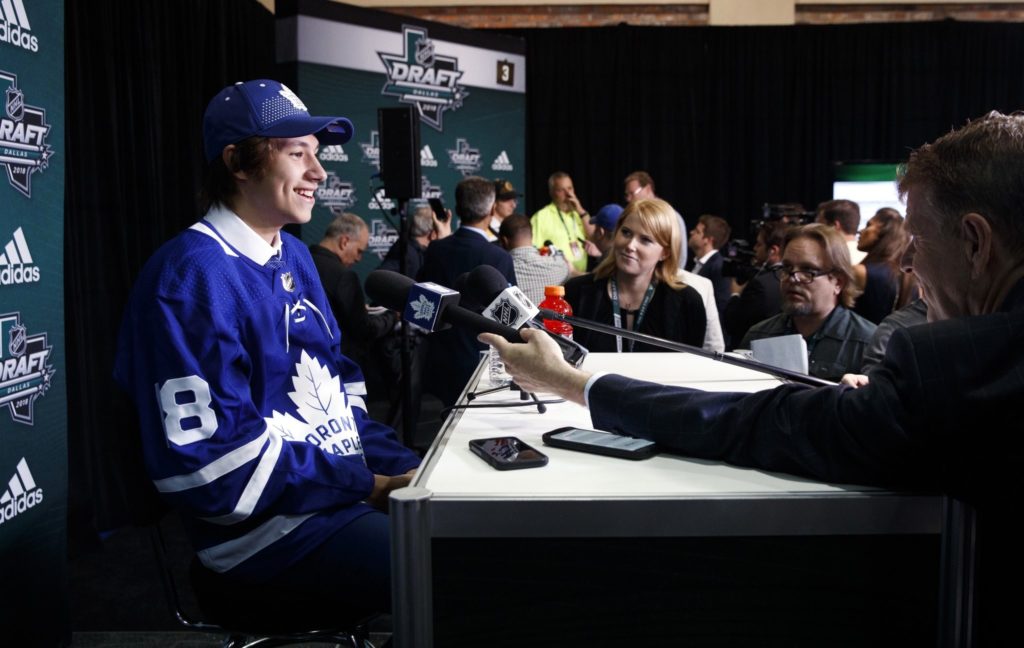 Semyon Der-Arguchintsev was 13 years old when he left his family and flew across the world to live in a country with two official languages he couldn’t speak a lick and one in which he was fluent: hockey.

To those on this side of the Atlantic who stumble over the pronunciation of the Russian’s name, the ones who call him “Sammy” or “SDA” for short, imagine how Der-Arguchintsev felt packing a suitcase and his trusting parents’ support, then jetting from Moscow to Ottawa to pursue his dream at the same age most kids are barely allowed to babysit or mow the lawn.

Now a mature – if slight – 17, with a remarkable grasp of English, the affable Der-Arguchintsev is one giant step closer to realizing his mission.

The Toronto Maple Leafs made Der-Arguchintsev the youngest player of the 2018 draft class when they selected the crafty Peterborough Petes centre with the 76th-overall pick. That’s some shrewd use of the bonus third-rounder GM Kyle Dubas scooped from St. Louis by trading down four spots in Round 1 from 25th to 29th.

That gif-ready smirk Dubas flashed to the camera before adding the Der-Arguchintsev pick could ripen into a full-blown LOL if the undersized forward develops into the impact player he believes he can become.