Sunday not a fun day for Petes in nation’s capital 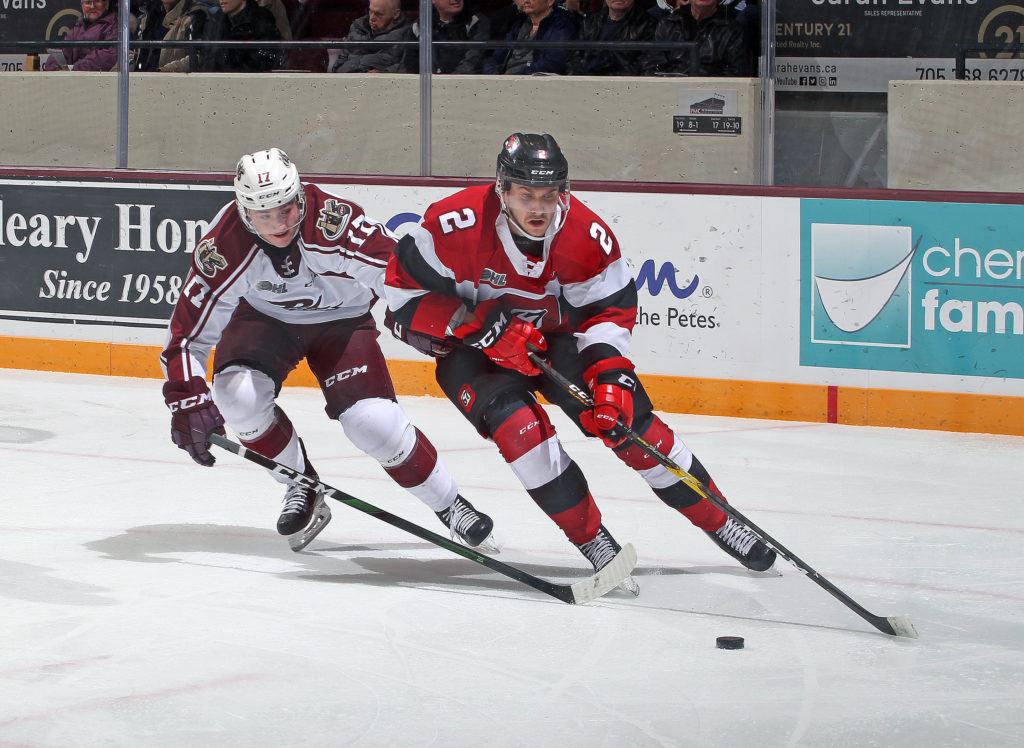 A 6-1 loss in the nation’s capital on Sunday afternoon marked the first time this season the Peterborough Petes have lost consecutive games.

For the fourth straight game the Petes opened scoring. Michael Little, in his second game back since returning from injury, netted his fifth of the season after depositing a Declan Chisholm rebound behind Cedrick Andree.

Unfortunately Peterborough’s first and only lead was short lived as just a few minutes later. Ottawa’s leading scorer, Marco Rossi, beat Hunter Jones from the doorstep off a cross-crease feed from Austen Keating, tying the game at 1 with just under 6 minutes remaining in the frame.

The period concluded with a tied score but a heavy advantage on the shot clock for the home team.

A three-goal second stanza for the Barber Poles did some irreparable damage.

The Petes were unable to convert on a 5-on-3 advantage, and after the successful kill by the 67’s, Mitchell Hoelscher found Jack Quinn picking cherries near the Petes’ zone. Quinn skated in on a breakaway and found the top corner over Jones’ glove at 10:31.

On Ottawa’s third power play of the afternoon, Keating picked up a Joseph Garreffa rebound to extend his team’s lead to 3-1.

Rossi followed up shortly after – his second of the game – with a well-placed wrist shot over Jones’ blocker, further lengthening Ottawa’s lead to 4-1 through 40 minutes of play.

The 67’s continued to dominate the shot clock.

The game went from bad to worse for the Maroon and White in the final frame, with the 67’s adding two more markers.

Some precise passing between Garreffa and Hoefenmayer lead to Rossi’s third tally of the match up, marking his second hat trick in as many games.

Hoefenmayer’s rocket from the slot sealed Ottawa’s 6-1 victory, and 13th straight win, at 14:07 of the period.

Rossi, Garreffa, and Andree were named the game’s first, second, and third stars of the game.

The Petes will head to St. Catharines on New Year’s Eve to face the Niagara IceDogs on Tuesday, December 31 at 6:00pm. They’ll kick off the New Year at home when they look to defeat the Erie Otters for the second time this season on Thursday, January 2, 2020 at 7:05 pm.