If hockey is one of the toughest sports out there, there is an argument to be made that Doug Jarvis is one of the toughest athletes of all time. Not necessarily in the way of other Petes alumni like Stan Jonathan, or Zack Kassian – we’re talking the kind of grit that prevents a player from stepping off the ice for 964 games. That’s right, Jarvis laced up his skates for 964 consecutive NHL Games, making him the overall NHL Ironman.

The Brantford native joined the Petes in 1972, and donned maroon and white for three seasons. Although his career was ultimately defined by his work on the ice, his decision to play for the Petes was largely determined by the opportunity to be in the classroom.

“There was the possibility of a couple of university situations with scholarships. My parents put it to me that if the team I was drafted to had a university they would be in agreement that I could go to that junior team, so I got quite excited with Peterborough because I knew that Trent was there as well.”

The centre played in The Patch under the leadership of Roger Neilson, and among some legendary players whose success he relished in.

“I saw those players graduate like Colin Campbell, Bob Gainey and even Paul McIntosh, and being able to get to know them and be able to go and and watch them on the TV was kind of a neat time.”

From the Petes to 13 years playing in the NHL, and another 30 as an Assistant Coach, Jarvis’ career is marked by endurance, continuous reunions with his former junior teammates, and a lot of championships.

Choosing between two teams with the help of Roger

In 1975 Jarvis was selected 30th overall in the WHA Amateur Draft by the Houston Aeros, and 24th overall by the Toronto Maple Leafs in the NHL Draft, however he never played for either team. A month after the centre heard his name called to Ontario’s capital, he learned that his rights had been traded to the Montreal Canadiens, and now his choice was between the Texan heat and ‘La Belle Province’.

“I can remember sitting down with Roger and discussing these two options and, you know, he was pretty certain I would be quite disappointed if I didn’t give Montreal a chance and go to their training camp and go from there. I probably would have regretted it, if I didn’t do that.”

Jarvis admits growing up and watching Hockey Night in Canada as a boy and the allure of Montreal’s reputation additionally influenced his decision to play for the Canadiens. The dividends of his decision would quickly be returned as the Habs took home four Stanley Cups in 1976, 1977, 1978, and 1979. 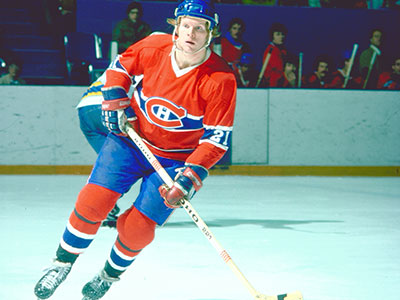 Jarvis never had his sights on breaking any NHL record. Simply put, he just looked forward to walking into the rink everyday.

“I felt blessed to have a career and to come out every night and, you know, stay quite active with it. You wanted to play, it was your job, you didn’t want to miss a game. You just kept moving forward.”

As he continued to play without a moment in the stands, leaning towards games 500 and then 600, Jarvis’ marathon would continue to be recognized by the media, but it wasn’t until he began to close in on the gap of former Ironman Gary Underhead when the size of his accomplishment came into clarity.

“I can’t say I thought much about it. You were playing them one at a time, and I didn’t give it a lot of thought. And not really until that last year, I think Gary Underhead had the streak at 914 games, and I think as it built in that last season it really started to gain a little bit more attention and my thoughts went more to it than any other time.”

He admits the robust, current understanding of something like a head injury would have likely prevented him from completing his stretch of games, but is crucial in the safety of players today.

“I took a bodycheck at centre ice and was knocked out and it was one of those things I don’t remember waking up until I received some stitches in the back of my head. You know, it was checked out by the doctors and they felt there wasn’t any reason that I couldn’t continue on and keep playing.”

“Today that would be much different. There would be all those protocols that are in place today and rightfully so, there should be. That probably would’ve ended the streak at that time, but given the era that it was, I had no ramifications and the streak kept going.”

The former centre acknowledges that a dash of luck in dodging seasonal illnesses and bodily harm beyond the bumps and bruises is what ultimately allowed him to be the NHL’s all-time Ironman.

“There’s a lot of reasons that can keep you out of a game, whether it be the flu or injuries or whatever, I was just blessed to be able to play the game injury free.”

Today, Jarvis has embraced another definition to being an Ironman, as he is a long distance runner who has participated in multiple marathon races.

“A lot of players don’t have that chance anymore because, you know, the nature of the game. The knees, the hips aren’t in order anymore.” 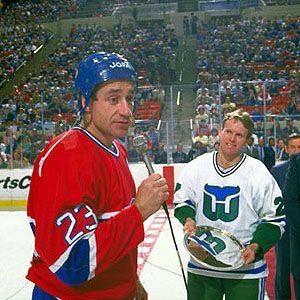 Reuniting with some Petes on the bench

Halfway through his 1987-88 season in Binghamton Jarvis hung up the skates and stepped behind the bench as the Head Coach of the Hartford Whalers. The Brantford native leaned on the advice and leadership from coaches he previously had while playing in curating his own coaching philosophies.

“I had some coaches that really had an influence on me. Roger Neilson and, you know, Scotty Bowman. Just having the chance to play under guys like Brian Murray and being a player in different places made me want to get into the coaching field.”

Jarvis’ time in the AHL wouldn’t last long as he rejoined former maroon and white teammate Bob Gainey on the coaching staff of the Minnesota North Stars.

“We had a friendship dating back to Peterborough.”

The duo would spend three seasons with the North Stars before the team moved to Dallas, where they would coach together again for another three years. Gainey would go on to become the General Manager of the Stars as Jarvis stayed in his role as Assistant Coach. The Southern franchise would go on to win a Stanley Cup in 1999.

Jarvis went on to become the Head Coach with the AHL’s Hamilton Bulldogs for two seasons before reuniting again with Gainey in 2005 with the Montreal Canadiens.

“I think we mesh very well, we were both on the same page in terms of how we liked to see the game played and what we valued in a team and individual players. We had a very common perspective on all that.” 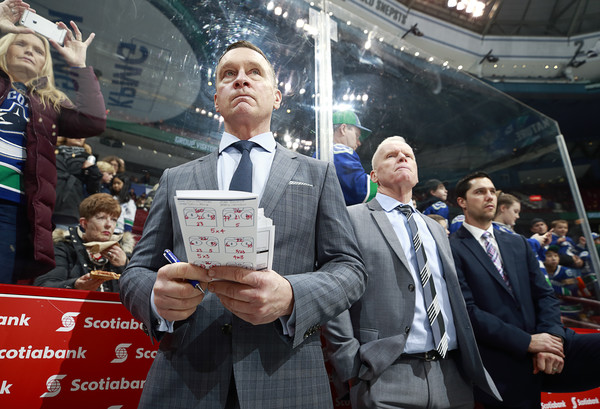 In 2010 the Petes Alumnus moved to Boston and was an Assistant Coach with the Bruins for six seasons, zipping out to the West coast in 2016 to wrap up his coaching career after two years with the Vancouver Canucks.

Although Jarvis is away from the ice and off the bench, he continues to serve as a Senior Advisor with the Canucks.

If there is one word that exclusively describes Jarvis it is committed. From 964 consecutive games played, to 31 years coaching and continuous work in the NHL at 65 years old, the former Pete’s ‘can’t quit’ attitude is an anomaly and makes him one of hockey’s toughest players.