The King of Coaching: Scotty Bowman 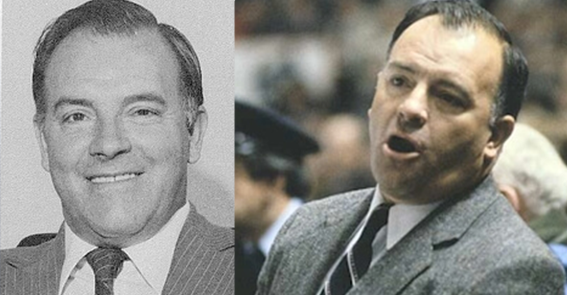 There are few – if any – records more impressive than Scotty Bowman’s. The one-time Petes coach maintains the record of winningest NHL coach of all-time with 1,244 wins, and never experienced a losing season while coaching professional hockey. Additionally, he maintains the record for most Stanley Cup wins as head coach with nine and has won an additional five as a member of the Detroit Red Wings and Chicago Blackhawks front office. In 1991, he was inducted into the Hockey Hall of Fame as a Builder, and earned the Jack Adams Award in both 1977 and 1996, as well as the Wayne Gretzky International Award in 2002. Before Bowman started acquiring accolades across the NHL, he began his coaching career during a 10-year span in junior hockey, all with the T.P.T. Petes.

Bowman joined Peterborough in 1958, and led a roster laden with some of the Petes’ earliest stars including players like Barclay Plager, Wayne Connelly and Pat Casey.

According to alumnus Wayne Boddy, Bowman had full trust in his players. He also recalls an emergency meeting Bowman hosted during the first round of playoffs against a stacked Barrie roster that included Ed Westfall and Dale Rolfe.

“He called a meeting in the boardroom,” said Boddy. “He had a binder and everyone had a scribbler and a pen and he said, ‘OK, we are going to talk about Barrie.’ He would look up to the players and say, ‘Wayne, what’s the name of the goalie,’ and I would say, ‘What kind of question is that?’ He would say, ‘What are his good points, what are his bad points,’ and the next night he had notes in everybody’s scribbler. I swear it took him 24 hours to go through everybody’s scribbler and he said, ‘you’ve told me how we are going to beat Barrie.’”

Following the team meeting, the Petes went on to capture critical wins.

“We controlled the puck and took the game over, we ended up beating them out of the playoffs,” described Boddy. 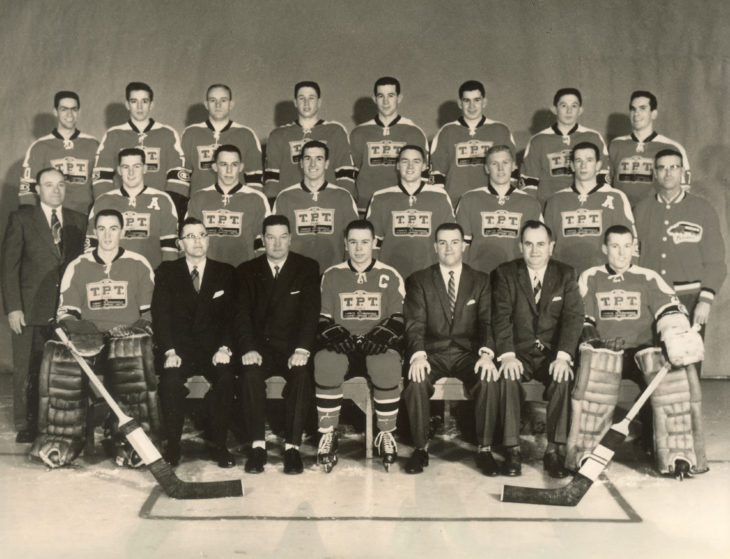 Although none of Bowman’s most statistically impressive seasons were with the Petes, he certainly laid a strong base of success in the club’s infancy. In addition to spinning the initial strands of the Petes, he developed a work-relationship and friendship with Roger Neilson in 1961.

“I met him when I was a head scout for Montreal in 1961. Roger was coaching a minor hockey league team in Toronto and we were looking for somebody to help us scout the players in that league. He worked for us for a few years and then he got a full-time job when he went to Peterborough and I kept up with him after that.

The Petes alumni would reunite when Bowman hired Neilson as an Associate Coach with the Buffalo Sabres in 1979. Each shared the unique trait of being inquisitive and having a passion for incorporating video into their coaching strategy, an asset that put them ahead of their time.

Most hockey connoisseurs can recall the five teams Bowman coached throughout his time in the NHL at the drop of a dime simply because his tenure was extensive at each organization: the St. Louis Blues, Montreal Canadiens, Buffalo Sabres, Pittsburgh Penguins, and Detroit Red Wings. He joined the Blues in the 1967 expansion year and then made his way to the the Canadiens in 1971, where he and General Manager Sam Pollock built the Montreal dynasty.

In 1979 he joined the Buffalo Sabres as head coach and General Manager. His 1985-86 season with the Sabres marked the only season he missed the playoffs in his professional coaching career. Following his time in Buffalo, he joined the CBC’s Hockey Night in Canada.

Bowman joined the Penguins as the Director of Player Personnel in 1990, but it wasn’t long before he was back behind the bench as he stepped into the role as head coach, following Bob Johnson’s diagnosis of brain cancer. Scotty continued Johnson’s success with the team that season, earning a Stanley Cup with the Penguins.

Bowman became the head coach of the Detroit Red Wings in 1993-94, earning the team’s first Stanley Cup in 42 years in 1997, and again in 1998. He retired from coaching as champion after the Red Wings won the Stanley Cup, defeating the Carolina Hurricanes in 2002.

With all the accolades stacked up by the King of Coaching, it’s hard to imagine he looked up to anyone, but the leader of the Broad Street Bullies was exceptional, explained Scotty:

“In the NHL, there are a lot of great coaches. Fred Shero was ahead of his time with Philadelphia. They were an expansion team in 1967 but he coached them in the mid ‘70s and they won the cup 8 years after they expanded. He was always trying to improve and went and studied Russia hockey and he was over there in the summers trying to improve himself.”

Bowman identifies one of his former players, Al Arbour, as his greatest competitor behind the bench. “I had him as a captain and he had a great career with the Islanders,” explained Bowman. Arbour sits third among the rankings for most all-time wins as a coach in the NHL.

When it comes to advice for other coaches, Bowman is steadfast in the principles that guided his on ice philosophy: learning from other strong coaches, assessing practice with crucial importance and studying your opponents with a fine tooth comb.

“Try to find out as much as you can about what is working and what isn’t working,” said Bowman. “Try to look at other coaches who are successful and try to mirror what makes them successful. Any information you can get at the coaching seminars is important. There are a lot of different things naturally you have to coach, what your players are, you have to emulate what they do best and implement that.”

Even though Bowman retired from coaching, he never left the game as he is currently a Senior Advisor with the Chicago Blackhawks, alongside his son, Stan, who sits as the team’s General Manager. Bowman currently splits his time with his wife between Upstate New York and Sarasota, Florida and attending all Tampa Bay Lightning games. He also keeps up with his 11 grandchildren, especially the five who are involved in minor hockey.

Hockey has dramatically evolved since Bowman’s inaugural coaching years, and the legend showed his empathy for referees, acknowledging that “it’s a much faster game now. It’s not as easy to referee now, it’s a two-man job.” 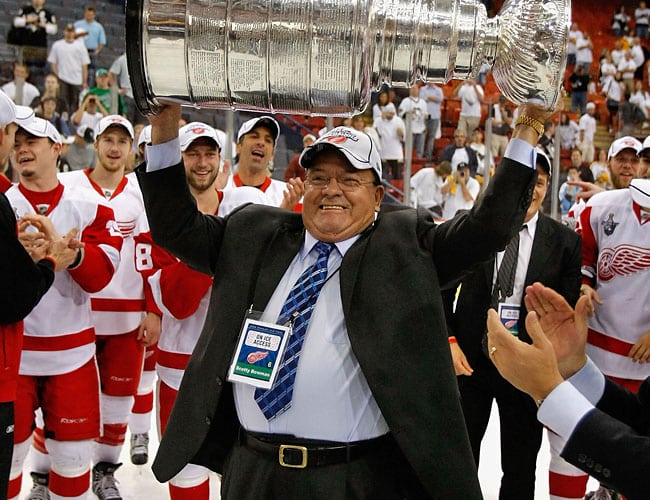 Bowman’s resume is intimidating, but when chatting hockey with the legendary coach he is anything but. He’s generous with his time and happy to share stories from any point of his career, including those in Peterborough. He is incredibly respected across the hockey world, and well-liked alumnus and NHL brass, Colin Campbell, had endless comments of admiration for the retired coach. Bowman has truly shaped the status of coaches and set himself as one of the most influential people ever to contribute to the game of hockey.