The Voice of the Petes: Pete Dalliday 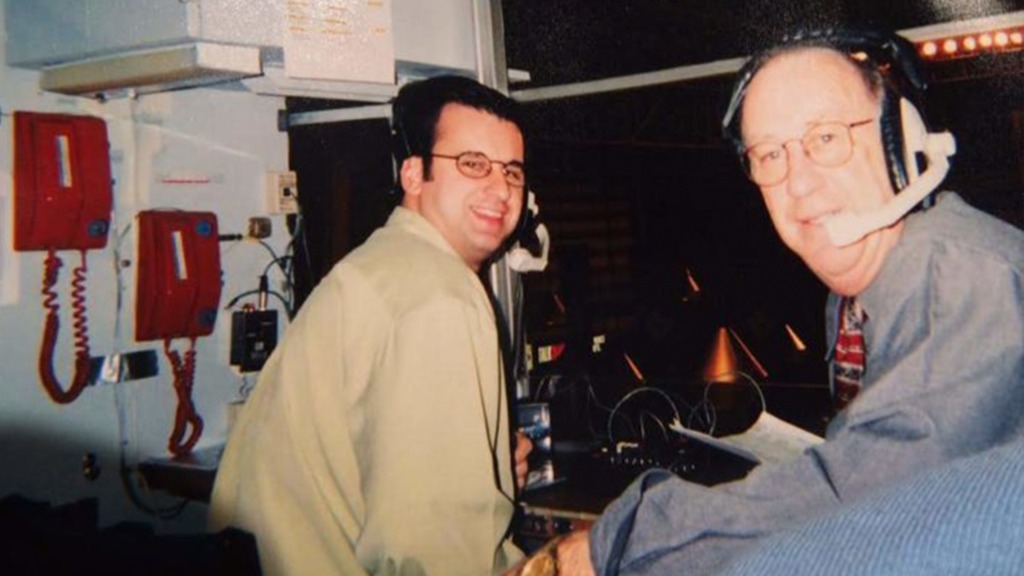 The Voice of the Petes

When tuning into a Petes game over the radio, atop the roar of a packed rink, fans instantly recognize the voice of Petes play-by-play announcer Pete Dalliday.

Dalliday is no stranger to the Memorial Centre as he has announced over 1,500 games across 25 years. His love for the maroon and white began as a child when tagging along with his father – former Petes player and announcer, the late Gary Dalliday – for Saturday morning practices and Thursday evening games. In 1996 the unique father-son duo began announcing Petes games together, Pete as play-by-play and Gary on colour.

From the stands to the announcing booth Dalliday has countless memories involving the Petes, many of which include his father.

“I was pretty lucky and looking back we had a unique broadcast. The Petes had some great seasons back then too, and it was before all games were on TV. It was neat that we were the messengers of Petes radio whether we were in Windsor or the Sault. Wherever we were, that was the only way to get the game details,” explains Dalliday.

Some of Dalliday’s fondest memories with his dad were on the road at away games.

“I always enjoyed the trips when we headed up north to Sudbury and Sault St. Marie, and I am not too sure why. I think that it felt like we were in hockey country. Not just with him but with everyone. We travel as a family, whether it be B-Man the trainer or the current coach at the time, or even some of the players.”

“I could probably pull out a memory from every OHL city if I thought about it. I could remember something he did in that particular town that either made me laugh or whatever the case may be.”

In reflecting upon his broadcast career alongside his dad, Dalliday points to the 1996 Memorial Cup as one of his favourite memories. It was a ten-day championship, where “the hockey world was all in Peterborough” and a career highlight for his father. The Petes announcer recalls being in awe of Sebastien Bach singing the anthem with his brother Zac Bierk (goalie) in the crease while their father’s painting of the Queen hung in the backdrop.

“That is one of the moments I will never forget at the Memorial Centre. It was just electric in there that night.”

In curating these memories and experiences with the Petes, Dalliday recognizes how unique and special it is to be ‘part of the family.’ The hockey community is reputable for its commitment to each other and its fans, something Dalliday is quite familiar with.

For Dalliday, a critical piece to the Petes family is the fans.

“There is just something about those Petes fans that are special. They just want to go and watch good hockey, support the boys, be around it, and just be part of that atmosphere. I know fans that have been there since day one.” 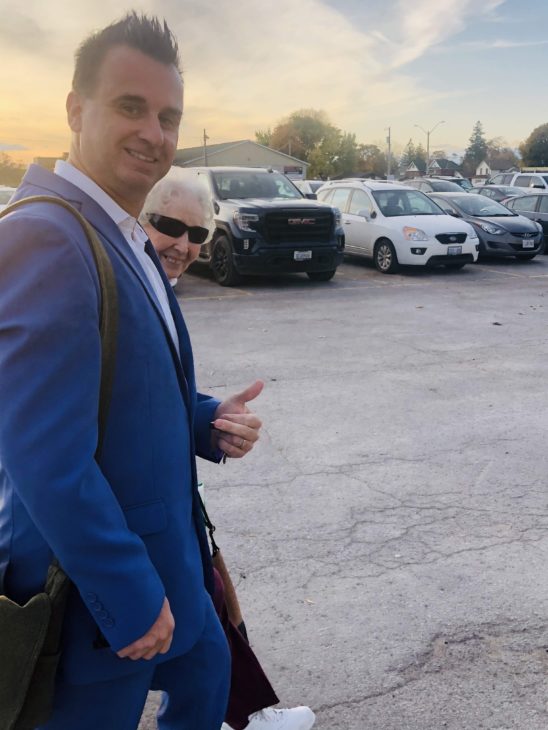 Dalliday even has a carpool routine with several long term fans – including Lorraine Wagner, who has only ever missed one year of games since the Petes inaugural season.

So why are the Petes so unique? Dalliday wrapped it up into three words – history, tradition, community. It’s no secret that legends have come out of the Liftlock city, and the Petes have, however, it’s the third piece Dalliday highlights that makes the organization so special.

“If you play for the team or if you are associated with the team you are treated like family, and I hope the fans feel like that too because I know the Petes care deeply about the fans.”

“You have that bond whether you’re a player, broadcaster, coach, a fan, we are all connected and we are all part of the same group and it’s a special organization.”

Dalliday has a group of Petes alumni who continue to follow him on social media and enjoy receiving his updates on how the Petes and Peterborough community are doing, “If I am a small part of that system that keeps the word out there then that’s kind of a cool role to have.”

Dalliday is a critical member of Peterborough media and is a strong advocate for this community, he is a walking memory bank of some of the best moments from the Memorial Centre, and a highly respected and valued member of the Petes family. Dalliday is truly more than just the voice of the Petes.

“I’ll tell you what, they make it very difficult to leave, I’ll put it that way…it’s a great gig.”