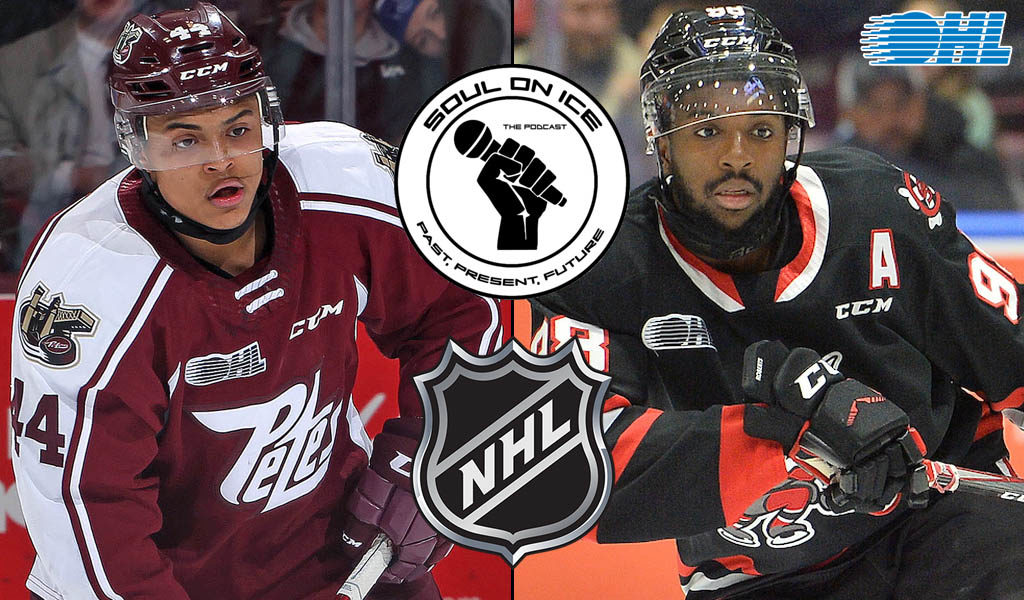 The National Hockey League announced on Friday that Soul on Ice, the podcast recently launched by OHL players Akil Thomas of the Peterborough Petes and Elijah Roberts of the Niagara IceDogs, will be added to the NHL’s content lineup starting Wednesday July 22. The debut NHL network episode will include OHL graduate Connor Carrick of the New Jersey Devils along with other prominent NHL players in Evander Kane of the San Jose Sharks and Jaccob Slavin of the Carolina Hurricanes.

Soul on Ice blends elements of culture and hockey, providing uncharted commentary and perspectives on the state of the game, defining moments in history and the future evolution of the sport. The original podcast debuted back on March 25.

The @NHL has announced the addition of Soul On Ice: The Podcast to its 2019-20 NHL Podcast lineup starting with an episode on Wednesday, July 22.

Thomas, Roberts and co-host Kwame Damon Mason, an award-winning filmmaker, will be joined by Carrick, Kane and Slavin in discussing social justice, the importance of being allies and the growth of the game.

“When Akil and Elijah approached me with the podcast idea, I was so excited to get back to conducting interviews and having fun and candid conversations after spending 14 years as a radio announcer,” Mason told NHL.com. “The fact that both players are young in their hockey careers gives our listeners a first-hand look at the game we all love. We are so grateful and excited for this partnership and sharing our perspectives with NHL audiences is the icing on the cake.”

For more information on the announcement, visit nhl.com.