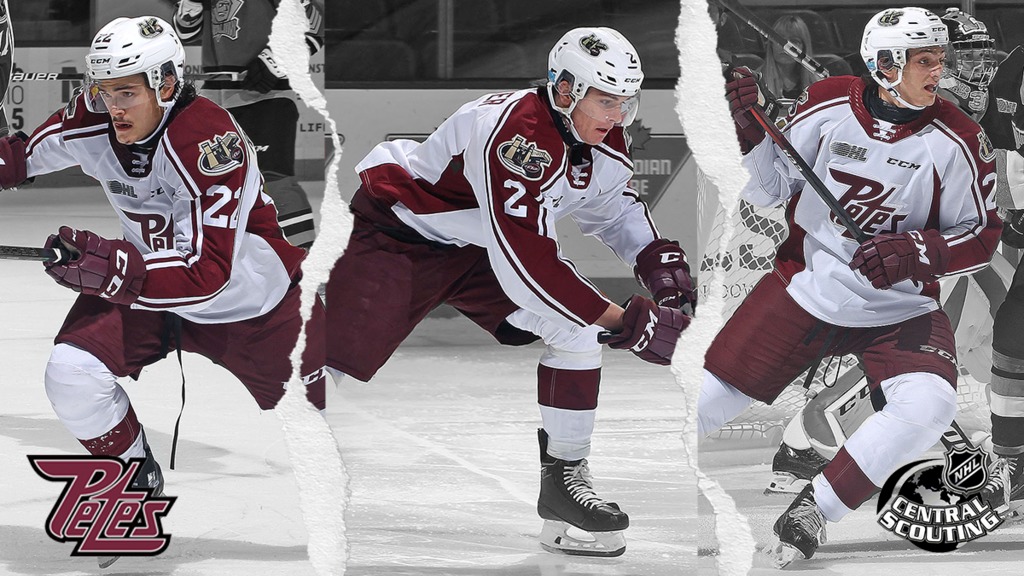 Mayer, a hard-hitting rearguard with offensive upside, recorded 11 goals and 26 assists for 37 points in 68 games in his first OHL season. The L’Original, Ontario native is ranked 139th on the North American list. The 6’2.5”, 200 lbs left-shot defenceman tied for 10th in the OHL with five powerplay goals amongst defencemen. The Petes’ 15th overall pick in the 2020 U18 OHL Priority Selection was awarded the Usher’s Trophy as the Petes’ best defenceman this season.

Robertson, who earned the 162nd spot on the North American list, amassed a career-high 41 goals and 40 assists for 81 points in 68 games this season, and was the Petes leading scorer in the 2022 OHL playoffs, recording three goals in four games. Amongst Robertson’s 41 goals, eight have been shorthanded, which ranked him first in the OHL. The 5’10.5”, 190 lbs centre, who was selected in the 4th round, 72nd overall in the 2019 OHL Priority Selection, is nominated for OHL’s Ted Tilson Trophy (Most Outstanding Player) during the 2021-22 regular season by sports writers and broadcasters.

Alfano, who had 13 goals and 12 assists for 25 points in 65 games this season, is ranked 207th on the North American list. The Cayuga, Ontario native, who stands at 6’3.5” and weighs 205 lbs, recorded his first playoff goal on April 27 against the Hamilton Bulldogs. Alfano skated at Hockey Canada’s Program of Excellence Summer Showcase in July 2021. The 2004-born right winger was selected in the 2nd round, 23rd overall in the 2020 OHL Priority Selection and was awarded the Petes Ed Redmond Memorial Trophy (scholastics and hockey).

Season Tickets are on sale now for the 2022-23 Petes season. Additional seats were recently released into the Season Ticket availability list, and fans can put a deposit down for their favourite seats by calling (705) 743-3681 ext. 6000, or emailing tickets@gopetesgo.com. 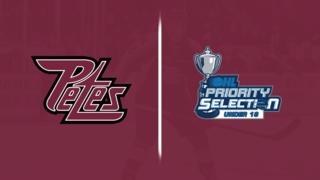