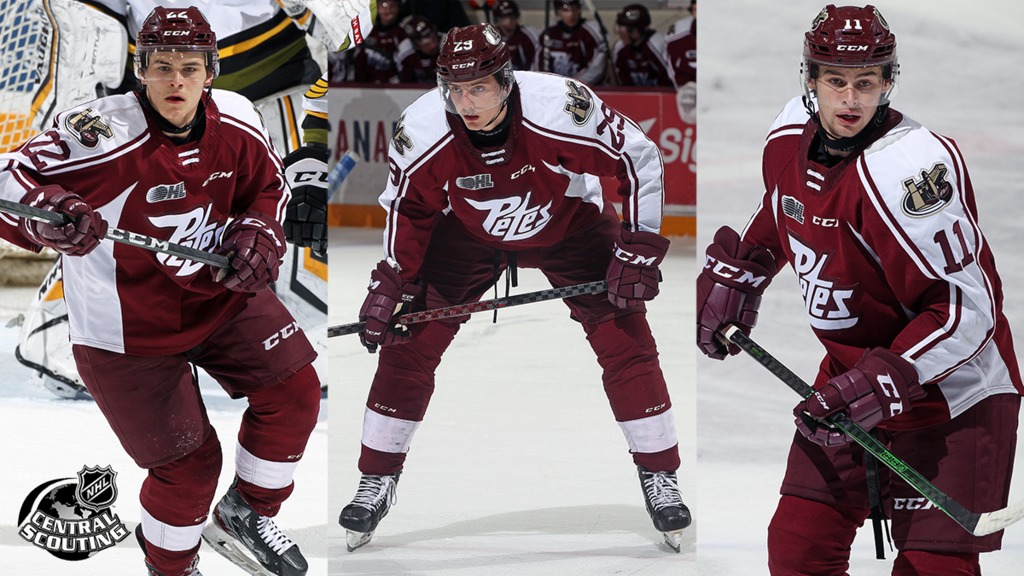 The NHL Central Scouting Service released its annual preliminary Players to Watch list ahead of the 2022 NHL Draft on July 7 and 8, 2022. Petes Forwards Tucker Robertson, Sam Alfano, and Justin DeZoete were named to the list.

Robertson has registered two goals and five assists for seven points in four games so far in the 2021-22 season. The 5’10”, 190 lbs centre was selected in the 4th round, 72nd overall in the 2019 OHL Priority Selection and played in 55 games in his rookie year recording eight goals and 10 assists.

Alfano, a 6’3”, 205 lbs Cayuga, Ontario native, has one goal in his first five career OHL games, scoring his first OHL goal against the North Bay Battalion on October 7, 2021. Alfano skated at Hockey Canada’s Program of Excellence Summer Showcase in July, 2021. The 2004-born right winger was selected in the 2nd round, 23rd overall in the 2020 OHL Priority Selection.

DeZoete, a 6’0”, 180 lbs right winger, has two points in his first five career OHL games. The Hamilton, Ontario native scored his first OHL goal on October 17 against the Oshawa Generals. DeZoete participated in Hockey Canada’s U17 virtual event in 2020 after being selected by the Petes in the 2nd round, 35th overall in the 2020 OHL Priority Selection.

Fans can watch Robertson, Alfano, and DeZoete take on rival Oshawa Generals this Thursday, October 21 during First Responders Night. Tickets are now on sale for the 2021-22 season. For information on season tickets, private suites, or groups, please contact Eric Ebenbauer at eebenbauer@gopetesgo.com.