Tickets on sale Thursday for Games from Jan. 31 to Feb. 20 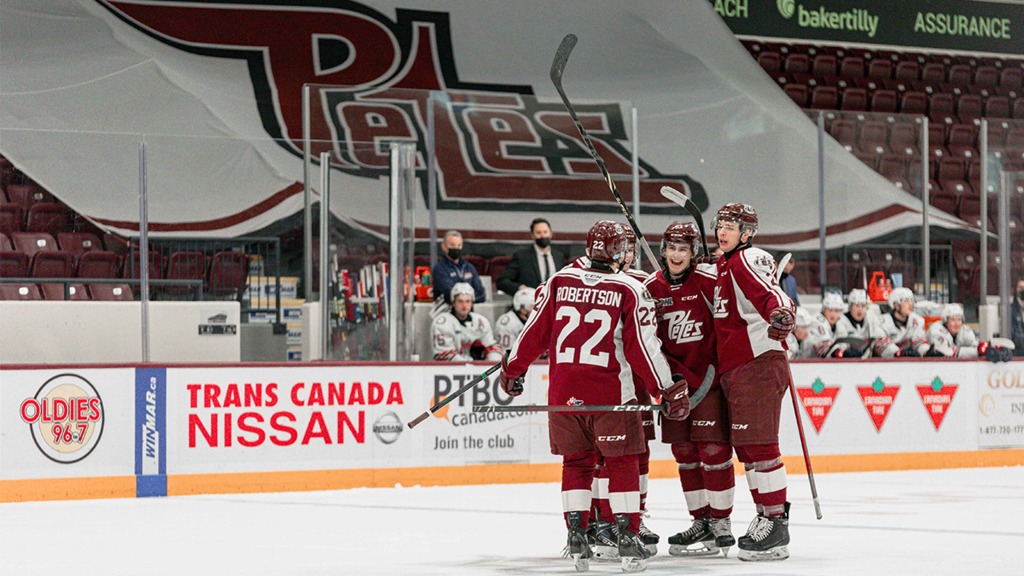 The Peterborough Petes are scheduled to play three home games at the Peterborough Memorial Centre with a maximum spectator capacity of 500 from January 31 until February 20. Tickets will be on sale exclusively to Season Ticket Members on Thursday, January 27 at 9:30 am ET at the PMC Grant Thornton Box Office.

*The Pink in the Rink fundraiser was originally scheduled to be held during the game on February 5. That fundraising event will be moved to a home game later this season.

Petes Season Ticket Members can purchase tickets using their account credits in an exclusive pre-sale window beginning on Thursday, January 27, 2022, at 9:30 am ET. Tickets can be purchased in-person, over the phone, or online. Season Ticket Members will have access to a special STM ticket price, and the Petes will cover the cost of all order fees associated with the purchase.

If any tickets remain after the Season Ticket Member presale, they will be available to the general public on Monday, January 31 at 9:30 am ET. Fans can purchase at the Grant Thornton Box Office at the Peterborough Memorial Centre online starting on Monday, or in-person and over the phone at (705) 743-3561 starting Wednesday, February 2 at 9:30 am ET.

All tickets sold for games on February 3, 5, and 10, will be treated as General Admission in the Gibson’s Finest Club Section. All patrons will enter through PMC Gate #1. Tickets will be distributed the week of each game.

Petes Season Ticket Members will receive an automatic credit on their PMC Account for all games played at reduced capacity between January 10 and February 20 (projected 9 games in total). Credits will be available for use starting on January 27 and can be used for the three games to be played with a capacity of 500 spectators. These fans have received an email and phone call with additional details.

Full details related to health and safety protocol, building entrances and seating, and other important information will be distributed directly to ticket holders, and will also be available online before each home game.