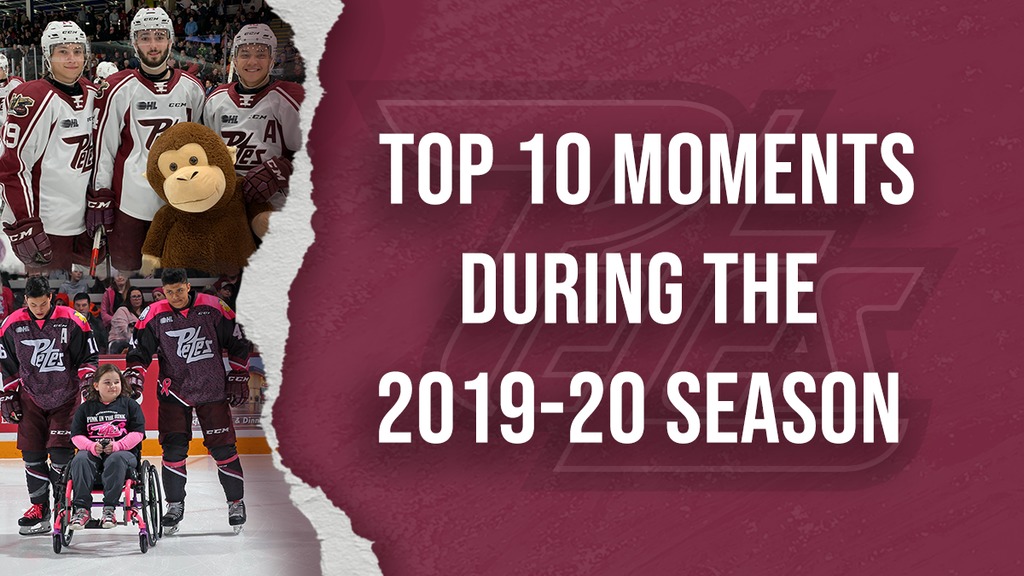 During the 2019-20 season, the Petes thrived on and off the ice ranging from welcoming new Canadians, supporting charities, raising a banner for alumnus Colin Campbell, and our players reaching milestones. Have a look at some of our top 10 moments that made us proud to be a Pete in no particular order.
#10 Not-so-Scary Halloween

The Petes Not–so–Scary drive-by event delivered over 1,500 goodies and put countless smiles on faces across the City of Peterborough on Halloween night.

The Petes Halloween Truck powered by Merrett Home Hardware Building Centre and the Not–so–Scary team departed the Peterborough Memorial Centre (PMC) at 3:00 PM with an escort by the Peterborough Police Service to ensure everyone’s safety. The route included a variety of residential areas across the city such as the west end, north end, east city, and downtown before concluding at the PMC at 9:00 pm.

Did you love the Petes Not-so-Scary drive-by on Saturday night? So much that you would relive it?

Need a laugh? Watch and listen as we mic’d up some of our smallest fans at our minor hockey camps and they put on quite the show!

We witnessed a little bit of history on March 1 against the Barrie Colts as Nick Robertson joined elite company in Petes history by scoring his 50th goal of the season, a feat that was last completed by Jason Dawe and Mike Harding during the 1992-93 season. Robertson’s 50th completed his hat-trick, shorthanded while only suiting up for only 43 games.

The Petes paid tribute to one of the game’s most well-travelled and recognizable names on January 11, raising Colin Campbell’s banner to the rafters of the Memorial Centre.

The current NHL Senior Executive Vice President of Hockey Operations is a former Petes defenceman who enjoyed an 11-year NHL career patrolling the blue line for several different teams. Campbell also spent 12 years behind the bench in the NHL, hoisting the Stanley Cup as an assistant coach with the 1994 New York Rangers.

A native of Tillsonburg, Ont., Campbell was a part of Peterborough’s 1972 Robertson Cup championship squad alongside familiar names in Bob Gainey, Stan Jonathan and Doug Jarvis.

Over the nine-hour drive-by, thousands of Peterborough citizens had the opportunity to experience a one-of-a-kind, maroon and white hockey-themed float, a float donned in Peterborough Petes alumni banners, and a Christmas decorated float featuring Santa Claus and the Petes Mascot, Roger.

On December 5 against the London Knights, a point shot from Hudson Wilson sent the teddy bears flying. All teddy bears were generously donated to the Pure Country 105 Miracle Toy Drive! A total of 1,631 teddy bears were collected in addition to 40 pairs of mittens, 29 toques, one shirt and one scarf. 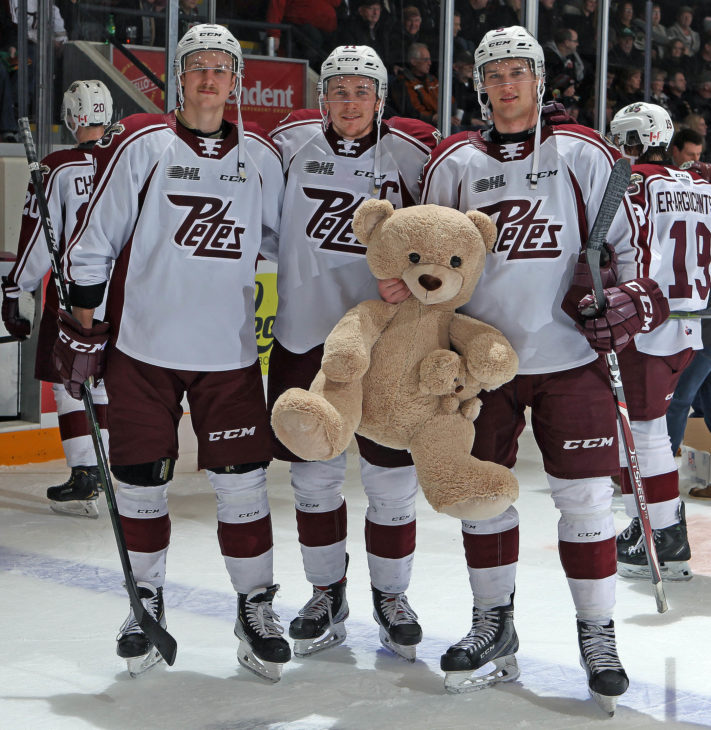 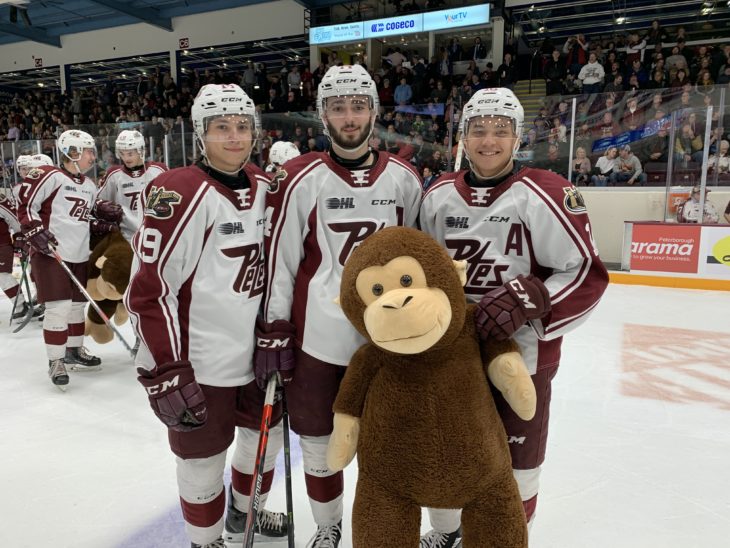 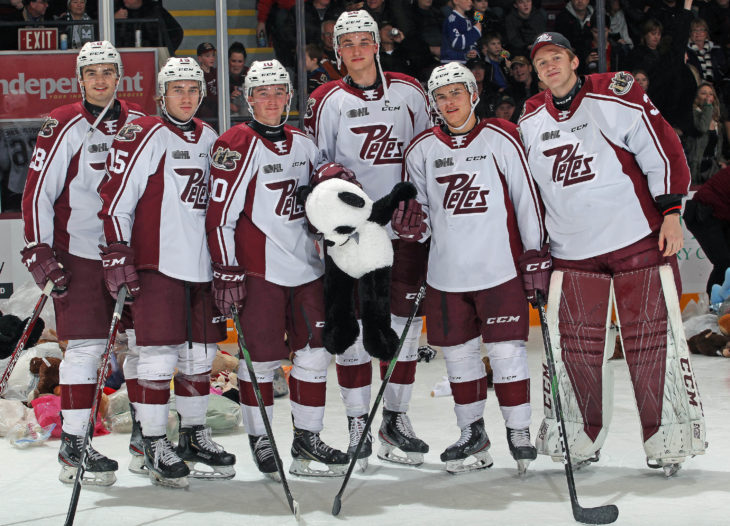 The Petes, in association with the Canadian Cancer Society, was pleased to announce that the campaign raised $88,194.72, bringing the eleven-year total to nearly $790,000. The Petes ended a five-game skid with a 4-1 victory over the rival Oshawa Generals in front of 3,816 fans.

Petes players wore special Pink in the Rink fundraising sweaters, which were sold in a post-game live jersey auction. Other fundraising initiatives at the game included a chuck-a-ball, silent auction, and bucket pass, along with t-shirt sales and an online fundraiser. 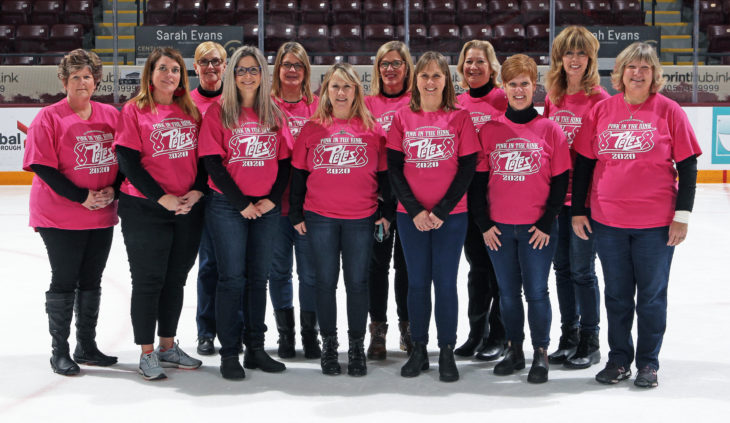 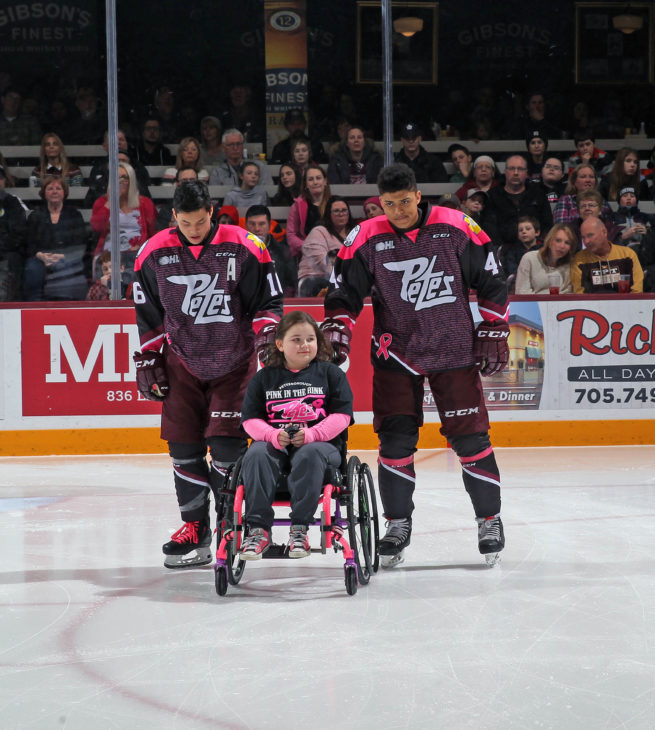 On Thursday, November 14 prior to the Petes playing the IceDogs, the maroon and white welcomed 60 new Canadians to the PMC for Try Hockey Night. For many, it was their first time trying on skates, holding a hockey stick or even being in an arena, but we think the smiles on their faces said it all!

Within minutes of arriving in Peterborough via trade, Akil Thomas sat down with General Manager Mike Oke and asked Chris Montador, brother of alumnus and the late Steve Montador, for permission to wear his brother’s jersey to honour him.

After the game on Nov. 5 against the Kingston Frontenacs, Kirk was surprised to see his parents who had travelled from Maltby, United Kingdom in time for his game. WARNING: It’s a tear-jerker.

As strange as it was to play on a Tuesday night, it was equally as surprising for @kirky_1424 who had some special guests unknowingly show up at the game. Watch to find out who!#GoPetesGo | #Yotes pic.twitter.com/NaE0rwqGJ3