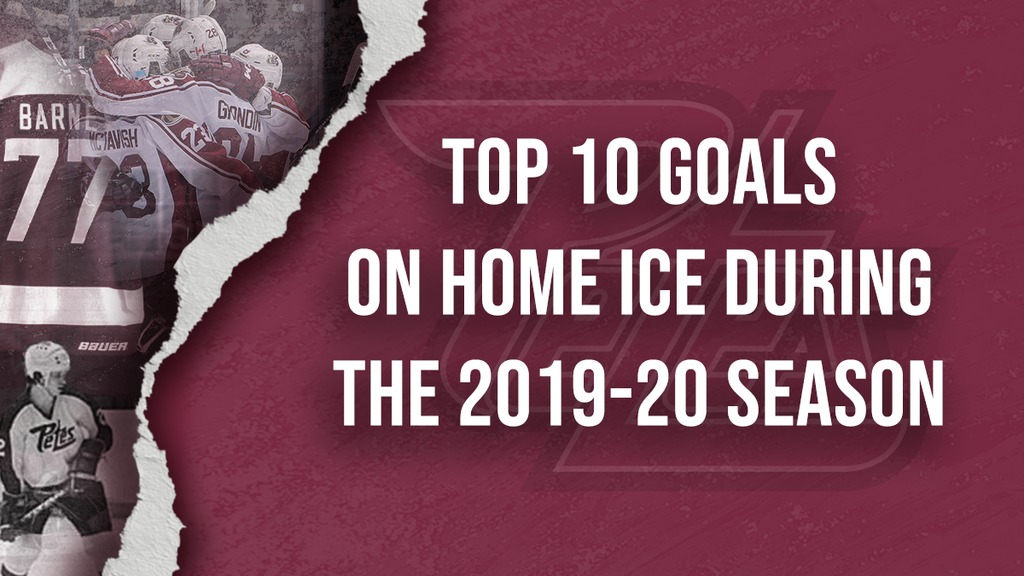 As the year comes to a close, we are going to take a look back at the Petes top 10 goals on home ice during the 2019-20 season. Do you agree with our list?

While on a 4-on-3 power play, Nick Robertson completed a cross-ice to Akil Thomas who buried the puck deep in the net for a 2-0 lead, giving Mississauga’s netminder no chance.

During the Petes annual Pink in the Rink game, McTavish fired the puck blocker side while standing alone in the slot to give the Lift Lock lads a 2-0 early in the game.

While on the power play, a puck is rebounded to Semyon Der-Arguchintsev who then displays his patience before completing a cross-crease pass to Zach Gallant to get the Petes on the board.

Gallant feeds the puck to Kirk who quickly one-times the puck to give the Petes a 2-1 lead against our biggest rival, the Oshawa Generals.

Brady Hinz shows off his determination and willingness to stick to play by jumping on his own rebound, skating around the net and sniping the puck bar down, all in five seconds.

The Hamilton Bulldogs discovered that Robertson has a wicked backhand as he does a no-look, spin-o-rama shot in the slot resulting in the goal horn being sounded.

Making his second appearance in our top 10 goals on home ice, Kirk quickly dekes a Sudbury Wolves defender in the slot giving him all kinds of time to lazer the puck glove side … while shorthanded.

Robertson joined elite company in Petes history by scoring his 50th goal of the season, a feat that was last completed by Jason Dawe and Mike Harding during the 1992-93 season. Robertson’s 50th completed his hat-trick, shorthanded while suiting up for only 43 games.

#2 – John Parker-Jones scores with his stick between his legs

While skating in Battalion territory, Parker-Jones scores with his stick between his legs in front of the net after receiving a pass from Keegan McMullen for a 4-0 lead.

Our top-ranked goal is between Der-Arguchintsev and Robertson, both high-ranked Toronto Maple Leafs prospects. Starting with a backhand pass from SDA, the dangerous duo danced around the IceDogs in the offensive zone before Robertson buried SDA’s pass. This is purely majestic.