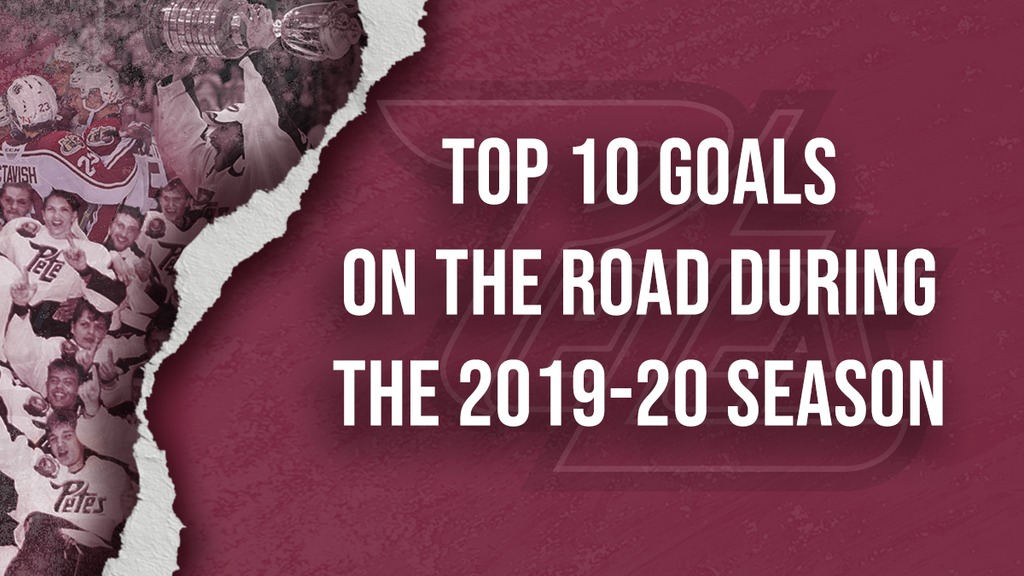 As the year comes to a close, we are going to take a look back at the Petes top 10 goals on the road during the 2019-20 season. Do you agree with our list?

On Jan. 31, 2020, Curtis Trolley came down the wing and put home his first career OHL goal against the Oshawa Generals.

On Nov. 8 against Kingston, Brady Hinz stepped into a one-timer from Declan Chisholm. This was his second goal of the hockey game.

On Oct. 11 vs Sarnia, Captain Zach Gallant came down the wing and fired a shot, the rebound sailed to Mason McTavish who used some quick thinking to put the puck in the back of the net.

In that same game on Oct. 11, Liam Kirk finished a beautiful string of passes from Declan Chisholm and Dustin Hutton.

The Petes travelled up to North Bay on Oct. 3 to take on the Battalion. Jacob Paquette carried the puck in and tried to make a play. The puck hit a skate and came out to Mason McTavish who showed great patience before shooting the puck five-hole to give the Petes the lead.

#4 – Little rips one home against the Otters

On Nov. 30, the Petes made the trip over the border to take on the Erie Otters. Michael Little was left alone at the top of the circle after a pass came from Semyon Der-Arguchintsev. He took all the time he needed and found the back of the net.

One of the slickest moves in the top 10 comes from Semyon Der-Arguchintsev back on Nov. 8. He pulls an inside-outside move on the defender before firing the puck shoreside on the Fronts goaltender.

On Nov. 30, Gallant scored one of the craziest goals you’ll ever see. After being hauled down by the Otters defenceman Gallant was able to still put the puck in the net from the seat of this pants.

Our number one road goal of the year comes from Nick Robertson. He was the beneficiary of a couple of slick passes from Liam Kirk and Semyon Der-Arguchintsev. This amazing goal took place against the London Knights on Sept. 20.