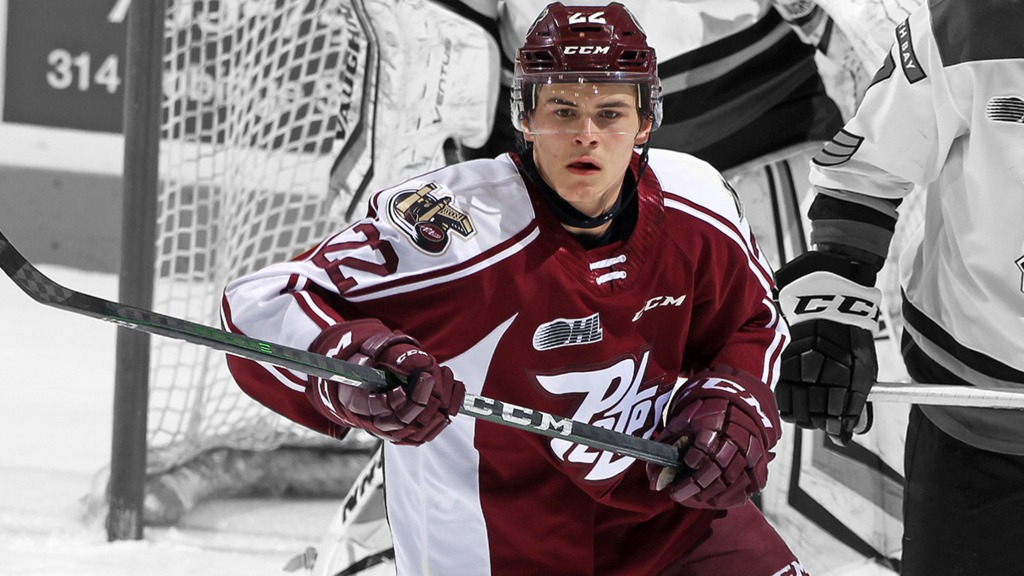 The Ontario Hockey League today announced that Tucker Robertson is the OHL Player of the Week with five points including three goals and two assists in a pair of victories.

Robertson got the Petes going on Thursday, scoring before recording two primary assists in a 4-3 home win over the Hamilton Bulldogs. He earned first star honours, going 21-for-29 in the faceoff circle as the Petes got back in the win column. Robertson was excellent again on Saturday in Niagara, scoring second period goals three-and-a-half minutes apart as the Petes nipped the IceDogs 5-4. Robertson was once again the game’s first star, going 16-for-30 at the dot while recording four shots on goal.

“I had a great summer, the 18 months off because of COVID-19 helped me out a lot for training,” said Robertson. “I want to get to the highest level and I want to be the best I can be. I’ve had a lot of great people around me, and the coaches have had a lot of trust in me. I have a lot of great teammates as well.”

An 18-year-old product of Toronto, Ont., Robertson is second among OHL skaters producing 1.78 points-per-game this season. His 16 points (6-10–16) over nine contests pace the Peterborough offence while his 238 faceoffs are the third-most in the League as he currently boasts a 58.8 percent success rate. Robertson recorded 18 points (8-10–18) over 55 games in 2019-20 after being a fourth round (72nd overall) pick from the Toronto Marlboros U16 program in the 2019 OHL Priority Selection. He attended rookie camp with the Carolina Hurricanes this past September.