Tucker Robertson: Petes Star in the Middle of a Breakout Season 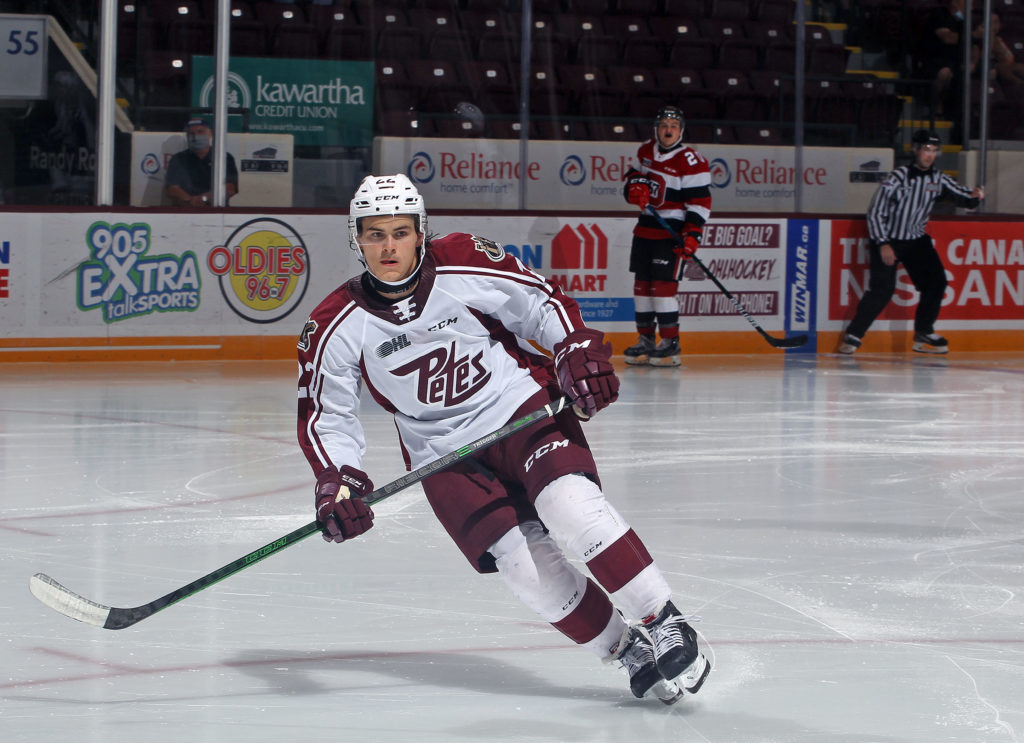 While the cancellation of the 2020-21 OHL season was an unfortunate consequence of the COVID-19 pandemic, some players leveraged the opportunity to make large developments to their games. No player showcased the improvement potential that the cancelled season offered more than Petes’ center Tucker Robertson. While other players may have taken time off, Robertson kept his eye on the end goal and it has shown in the 2021-22 OHL season.

“I think other guys took some time off, but I didn’t take much time off and that benefited me in the long run,” explained Robertson.

While Robertson’s dramatic improvement comes as a surprise to some, a look into the athletic background of his family shows that following a year of hard work he was poised for a breakout season. His father played four years of NCAA hockey at St. Lawrence University while his mother played basketball at Bishop’s University. On top of his parent’s athletic success, Robertson has four older sisters who play a variety of different sports at the collegiate level.

Robertson’s incredible 2021-22 season is drawing the attention of not only teams around the OHL, but also scouts at the NHL level. The Toronto native went undrafted in the 2021 NHL Entry Draft however, his success so far this season, makes it unlikely for Robertson to go undrafted a second time around as some experts have him ranked as high as the second round.

“I used it as motivation, I was pretty frustrated when I didn’t get drafted but I knew that I was gonna make it and I’m gonna change a lot of people’s minds. The biggest thing is that I get to play this year and show people how much I have improved.”

Congratulations to Tucker Robertson, @Samuel6Mayer, and Sam Alfano on being named to the @NHLCentralScout Midterm Rankings!

Robertson’s competitive attitude can be seen and heard all over the ice as he is consistently one of the loudest players on the ice during both games and practices. He has developed a friendly competitive rivalry with the three goalies on the Petes roster, especially rookie goaltender Liam Sztuska who he currently lives with.

“I’m pretty competitive with the goalies, I like to get in the goalie’s ears and get them fired up when I’m scoring on them and they do the same with me.”

Robertson’s competitive nature has propelled him to a breakout OHL season. His athletic pedigree and uncompromised work ethic is sure to connect Robertson with the pros, sooner rather than later.