Two former Petes staff members have landed jobs in NHL hockey operations departments. Casey Torres, who has served as the Eastern Conference regional scout for the Petes since 2014, was named an amateur scout with the Stanley Cup champion Pittsburgh Penguins.  Meanwhile, Jeff Crisp, who served as the Petes’ Marketing Director from 1995-2000, was named the Head Scout of the Buffalo Sabres.

From Doug Graham’s article in the Kingston Whig-Standard.

““I’m excited. I’m working full time in hockey at a job that’s a passion and it doesn’t necessarily feel like I am going to work.”

He was hired by Pittsburgh’s director of amateur scouting, Randy Sexton. Torres first met Sexton at the NHL Entry Draft in June and then again at Sexton’s cottage, north of Kingston, in July. 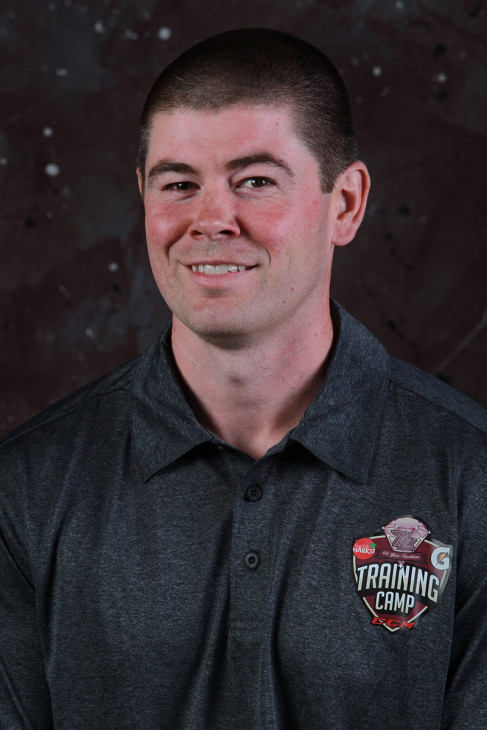 “It is a great opportunity with a great organization,” Torres said.

“It works well for the family side of things because everything stays rooted here in Kingston.”

Torres and his wife Kari, who is an elementary school teacher, have three children: Alexa, 8; Braelyn, 6, and Tate, 3.

“My morning will be good for the family so my wife will like that. The kids are my biggest supporters,” Torres said.

“Kari does a ton to make this all possible. She’s awesome and that allows me to achieve the dream.”

Torres has paid his dues in various management levels in hockey from the Greater Kingston Minor Hockey Association and the Kingston Voyageurs to the Ontario Hockey League with first the Kingston Frontenacs and for the last two years with the Peterborough Petes.

“The last two-and-a-half years I did a lot of networking. The biggest takeaway I always said is you have got to show people how hard you are willing to work,” Torres said.

“Hockey is a small world. When people talk to [other] people you want to make sure they are speaking highly of you.”

Torres said he was in the discussion this summer for assistant coaching jobs in the OHL with Erie and Ottawa before the Penguins deal was completed.”

From Mike Davies’ article in the Peterborough Examiner about Crisp:

“After 14 years on the Anaheim Ducks amateur scouting staff Crisp left the Ducks to seek an opportunity to move up the NHL’s corporate ladder. Crisp was hired earlier this month to be the head scout for the Buffalo Sabres.

Crisp, 45, started his hockey career working as the Peterborough Petes marketing director from 1995 to 2000. He was a scout for the Calgary Flames from 2000 to 03 before joining Anaheim.

“My wife Trish and I decided it was time for a different challenge and to try something new,” Crisp said. “We decided to let my contract run out and become a free agent this summer. It was an intense and interesting time. I’m not sure I’d want to go through it again, but I was glad to go through it once. Change is hard but change is exciting.”

Crisp said he had opportunities with several teams, but the Sabres offer made the most sense. He had a pre-existing relationship with Sabres GM Tim Murray who hired him in Anaheim.

“We had a real solid relationship and stayed friendly over the years,” Crisp said.

The Sabres began a rebuilding process with the hiring of Murray two years ago and have some solid young pieces to build around like Ryan O’Reilly, Jack Eichel and Sam Reinhart, among others.

“For every Chicago or Pittsburgh who did a rebuild that worked there are rebuilds around the league and in other sports that never work,” Crisp said. “Just because Buffalo had a few high picks and a couple of struggling years there is no guarantee they’re going to be upwardly mobile. Hopefully, I’ll have my small fingerprint in helping Tim and (Sabres director of scouting) Rob Murphy get our way up to the top.”

Crisp’s primary responsibility will be scouting players for the NHL Entry Draft, but he will also have special projects such as evaluating both amateur and pro prospects in other organizations for potential trades.”

Stay up to date with the Petes by downloading the Peterborough Petes Mobile App powered by Kawartha TV & Stereo.