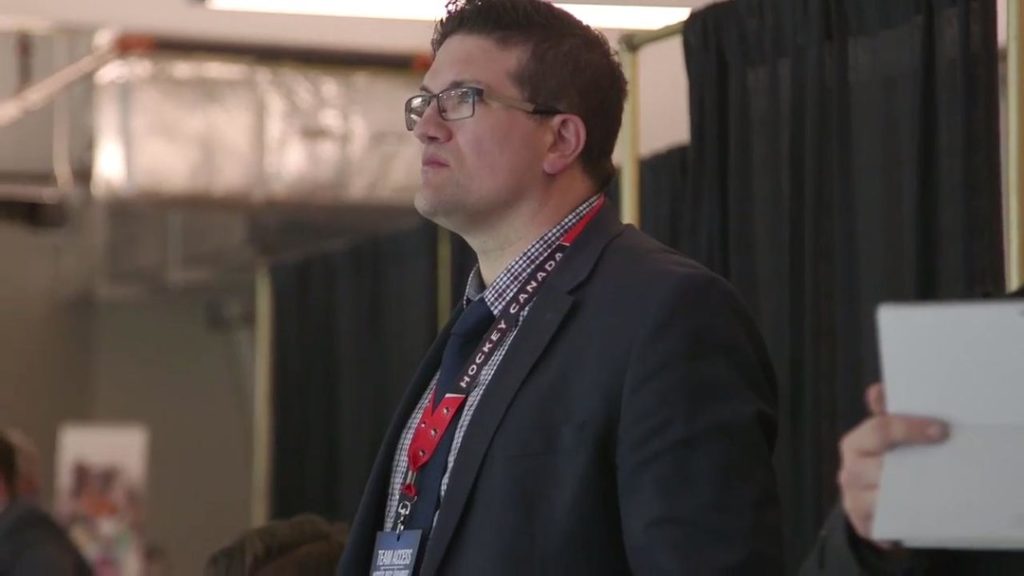 Petes alumnus Brent Tully had arguably one of the most exciting careers in junior hockey. The Peterborough native was drafted by his hometown in the 1990 OHL Priority Selection and manned the blue line for the Petes across four seasons, including two alongside d partner, Chris Pronger. While donning maroon and white, Tully earned a J. Ross Robertson Cup in 1993, held the position of captain to the Petes during the 93-94 season, and took home two gold medals with Canada at the 1993 and 1994 World Junior Championships, serving as team captain in the 1994 campaign.

“It’s rare, and you appreciate it a little more every year that passes by,” explains Tully.

Action shot of Peterborough Petes defenceman Brent Tully from during the 1993-94 season. In 37 games with the Petes that year, he scored 17 goals and recorded 26 assists for 43 points. pic.twitter.com/aN72b64TPO

The Petes alumnus likes many attributes of his athletic success as a teen to former Head Coach and General Manager, Jeff Twohey.

“When I came in as an underage player and had to learn the game, he took me under his wing. He formed and changed my personality.”

I had a terrible temper. I know in Peterborough especially when I was playing there, there wasn’t the tall glass so when you cursed, you’d get feedback in the dressing room to tone it down because fans were complaining. He taught me a little trick, he said if you’re going to be ticked off after a shift, put a towel in your mouth and bite down, and I can remember having a towel in my mouth and containing it that way. 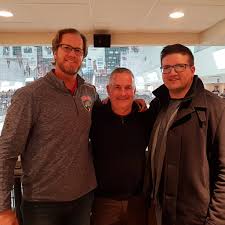 In 1992, the Petes d-man was selected by the Vancouver Canucks in the NHL Entry Draft. After three seasons with the AHL’s Syracuse Crunch, Tully spent six seasons playing professional hockey in Germany, returning to Peterborough in 2002.

Now, Tully currently serves as a Director of the Ontario Hockey Association and is a head coach with the Peterborough Minor Hockey Club. The Petes alumnus recently reflected on his experience as a general manager and coach in modern-day minor hockey.

Tully was hired by the Jr. A Cobourg Cougars as Assistant General Manager in 2011. In his first season with the Cougars, he largely sat back and observed the entire operation before identifying where he could best help. The following summer, Tully’s duties evolved and he began scouting and taking to the ice as a coach. His promotion wouldn’t end there, as Cougars Governer, Marc Mercier announced on February 1, 2014, that Tully would be their new General Manager.

“I took some time to think about it,” explains Tully.

His time as a General Manager would peak in May 2017 when the club won the RBC Cup as Canada’s national Junior A hockey champions on home soil. Tully earned the major title alongside fellow Petes alumnus, John Druce who served as head coach that season.

“At the time I had no idea we’d end up getting the opportunity to bid and then host the RBC Cup. It finished obviously very well and was a huge experience.”

Tull briefly considered pursuing management in hockey at a higher level, but eventually returned to the rink with the purpose of giving back, rather than in the form of a career.

“I think it’s beneficial to work backwards because I saw the kids coming out of the same age frame as the OHL.”

After his time in Cobourg, Tully took a pause in hockey for two seasons, “I knew I always wanted to get back in the game somehow.”

He returned to the rink this past season, as a non-parent head coach with the Minor Atom AAA Petes.

“It’s a different pace obviously and it took some time adjusting the mindset to do. It’s been really enjoyable, just a different challenge.”

Some of the challenges Tully -like many minor coaches face- include managing the competitive expectations of young athletes and those of their parents.

“There is a lot of focus on winning, and looking too far ahead. Part of that is natural for parents and you can’t fault them, because it is the mentality today.” 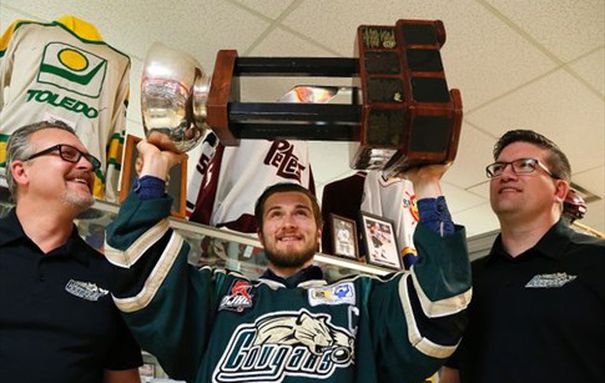 Tully also notes that the resources for on-ice development have exploded since he first laced up the skates, adding that players’ access to this specialized equipment and programming is largely contingent on money.

“When I played you either had natural talent or you didn’t, certainly there were guys who worked super hard and made it.”

“Now the player whose family has a lot more money has access for more development to further their career a little longer so trying.”

The former Pete approaches his coaching with a “back to basics” mentality, that heavily focuses on the development of the individual players with the purpose of setting them up later in life. In addition to the hyper-competitive nature of Canadian minor hockey, Tully is concerned about the access of professional players’ lives through social media that gives his guys the illusion that making the “show,” is an easy feat.

He admits that following stars like McDavid and Marner on social media adds an incredibly fun dimension to sport today, but fears the highlight reel overshadows the hours of hard work it takes to become a professional athlete. Despite the evolution of tech in sport and expectations of minor hockey players in the last two decades, Tully maintains that the passion each player has for the game will always begins from within.

“The development has obviously changed a lot in the game but what hasn’t changed is the inability to change the kids’ hearts or their heads.”

The Petes alumnus is confident that his role as a coach given the young age group, is to support his players on and off the ice in forming their own identity.

The days of old school coaching -cue Letter Kenny’s Mark Forward- in minor hockey is coming to an end, as hockey savvy people like Tully and other alumni continue to be involved. The influx of former Petes with empathy for their players and textbook knowledge of the game is guaranteed to positively impact minor hockey and produce the next wave of noteworthy talent.