What it means to be a Pete 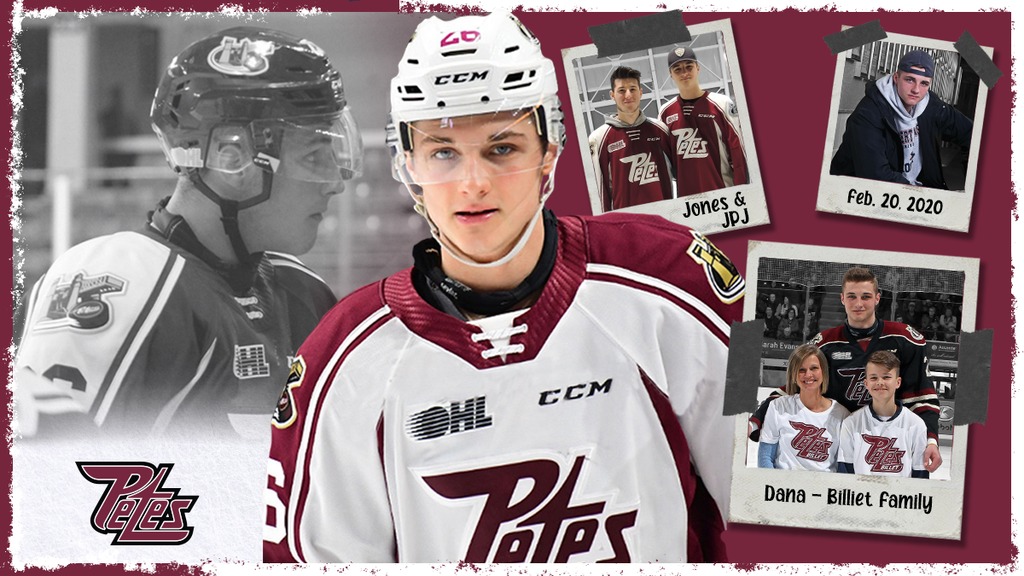 My journey with the Peterborough Petes began August 31, 2017, but I had already been fairly acquainted with the Electric City beforehand. Back in my minor hockey days while playing for the major Bantam AAA Cambridge Hawks, we had travelled to Peterborough for a tournament. Troy Stephens, a Petes alumnus, had a son on the team and was able to get us in for a dressing room tour. This was my first experience with the Petes. I looked around the room and saw words like respect, accountability, details, and habits. What I did not realize, as I basked in the middle of hockey history, was that I was standing right on the logo. 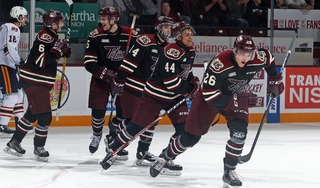 You heard me right, I stepped on the logo! Frantically, I hopped off and apologized, not wanting to show any disrespect. It was then that I was taught the valuable lesson of what it meant to be a Pete and the importance behind the logo. As hockey and life moved forward, what seemed to be an embarrassing situation became valuable knowledge as I donned the maroon and white for the next three seasons. 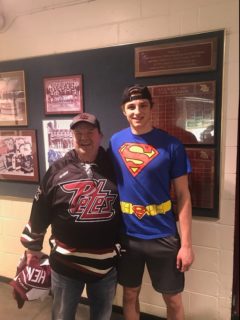 My first game in Peterborough was breathtaking, the team was coming off a big season reaching the conference finals, and everyone wanted to see more. Being a rookie, I did not see the ice much, but what I was able to do was soak in the atmosphere that my teammates and I were in. The roaring heights of the family zone packed with passionate fans, banners of past Petes Legends and the square corners that we all know and love so dearly.

The best part was I had my whole family there to cheer me on and as they became die-hard Petes fans. Over the course of that season, I was able to develop great relationships with many fans. One person that comes to mind is Al Green. I usually saw Al around the tunnel before games. However, the games I would not dress, I would gladly stick around and chat with Al about our mutual hate for the Generals! Al had a nickname for me, “SUPERMAN” and at the end of the season, he was kind enough to gift me a superman shirt, cape, and everything. It was awesome! This is just one of many great examples of how the community of Peterborough accepted me and made me feel at home. 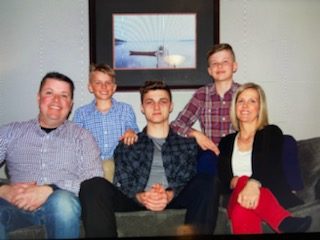 Speaking of home, I had the best moments with my billets, where I would spend most of my time away from the rink. Kaury and Dana were great role models for me and their two boys Graydon and Garrett. They welcomed me into their home, included me in any plans or activities they had going on, and introduced me to their friends and family. Some of my favourite memories will be the countless hours of mini sticks played with the boys, it honestly made me a better hockey player because they were good athletes. I am excited to watch Graydon and Garrett grow as both people and hockey players which, I know they will. The Jones’ made me feel like family and I cannot thank them enough for that, and I look forward to sharing many more great memories!

I will forever look back at all the memories with my teammates and cherish getting to know them on and off the ice. My favourite memory easily would have to be our three game win against the Generals in the 2019 playoffs. I remember screening the goalie as Declan Chisholm ripped the first goal of the game. The atmosphere was electric, I had never seen a more passionate fanbase! What was special about that memory was it did not just feel like a win for the Petes over the Generals, it felt like the city of Peterborough had won that night. That right there is what made my playing days with the Petes so unique, playing a hockey game for a city full of passionate and supporting fans every night!

Here we are, three seasons later with lifelong memories and that same question comes up again, “What does it mean to be a Pete?” To me, a Pete is someone who bleeds maroon and white. An individual who displays compassion, integrity, and perseverance. A person who is selfless to their team and community, and who is a role model for our future Petes.

“A Pete is not a thing. A Pete is a feeling, a characteristic, and a common bond that ties together the best hockey community in the world.”

To the city of Peterborough and their Petes fans,