What’s Next for Hunter Garlent 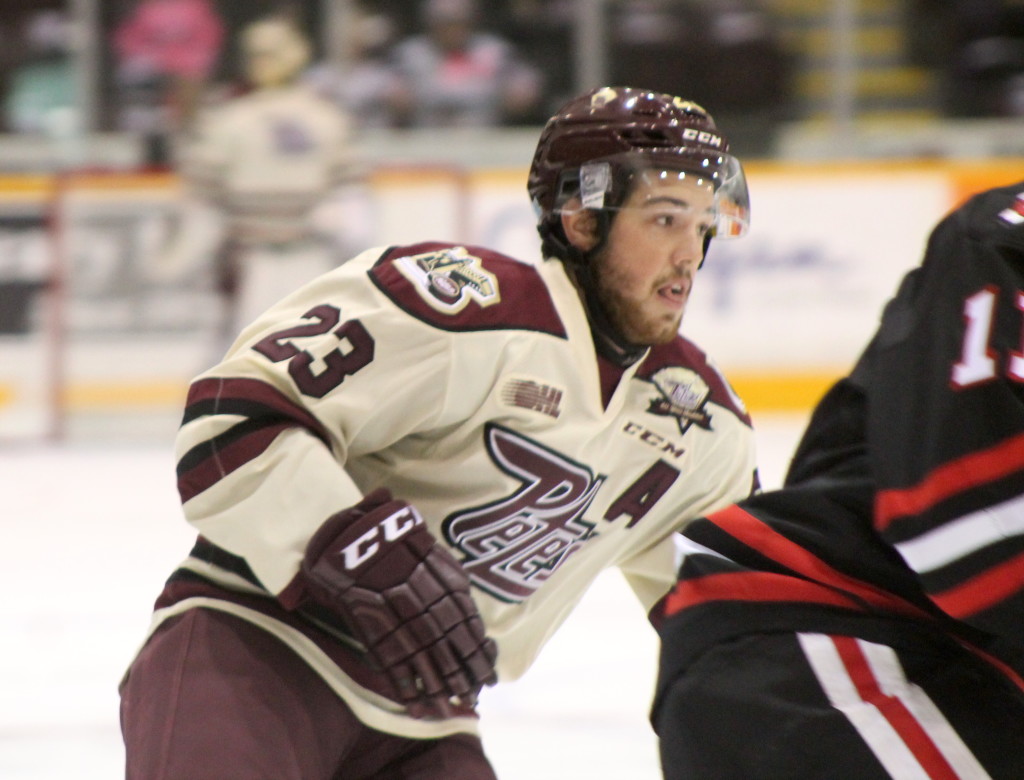 A person’s early twenties are usually a very special transition period in their life and it’s no different for OHLers. However, instead of graduating from university or college and finding a job, hockey players are graduating from the OHL trying to decide what’s next for them. Do they continue to pursue their hockey dreams? How about continuing post-secondary studies? Are they going to pursue a career? These are all questions that OHL players must confront following their junior careers.

Hunter Garlent, the speedy, high energy forward, shared some of his thoughts and memories that highlighted his career, as well as thoughts on his future.

Garlent came to the Petes from Guelph mid-way through the 2013-14 season in exchange for Stephen Pierog and four 2nd  round picks over three years. The former 10th overall pick in 2011 was the leading point producer for the Petes this year and he reflected on the move from Guelph to Peterborough.

“It was a tough transition [from Guelph to Peterborough]. Guelph had a great team that year and went to the memorial cup finals. Personally though, to be able to come into Peterborough and play on the first line with two guys (that have signed pro deals) in Cornel and Ritchie who became two of my best friends – it’s been special,” Garlent said. “It was tough to leave friends [in Guelph] and a team that I was so close with for years, but that’s the business of hockey. However, it allowed me to take on a leadership role in Peterborough and really grow as an individual.”

The St. Catharines native played two and half seasons and 147 games with the Maroon and White and amassed 71 goals and 157 points while carrying a +30 plus/minus rating. However, a four game stretch will always stick out in his mind. 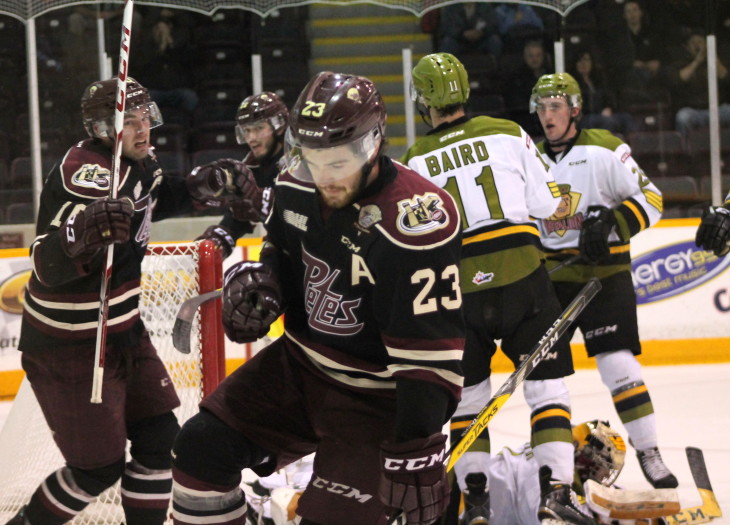 “It would definitely have to be coming back from three games down in that series against Kingston [in 2014] and being one of only a handful of teams that have ever done it. There were a lot of great guys in that dressing room and I became best friends with so many of them, so to do it with a such a great group only made it better,” said Garlent.

Garlent had 7 points in that series, including 5 points (3G, 2A) in the final four games that the Petes would win to take the series.

While Garlent wants to remember moments on the ice, he hopes that the Petes’ faithful will remember him as more than just a hockey player.

“[I want] to be remembered as a person who was good in the community, good with fans, someone who had an affectionate personality and was fun to be around,” Garlent said. “I was told at a young age by my parents when I started to fall in love with hockey that if I ever was lucky enough to sign autographs don’t ever leave a kid without one.”

Hunter Garlent is still a hockey player and hasn’t given up on the game he loves just yet.

“I went to Adirondack earlier in April to join their ECHL team – the Thunder – for their playoffs. We started [April 13th] in Manchester for game 1. It’s been a special opportunity to get a little sniff of pro and what its like,” he said. “I hope to play pro hockey next year and if not, I haven’t closed the door on school especially with the packages the OHL provides us – it’s a hard thing to pass up a degree with how well we are treated.”

Do you have a story idea for Tyler Renaud? Send him an email!