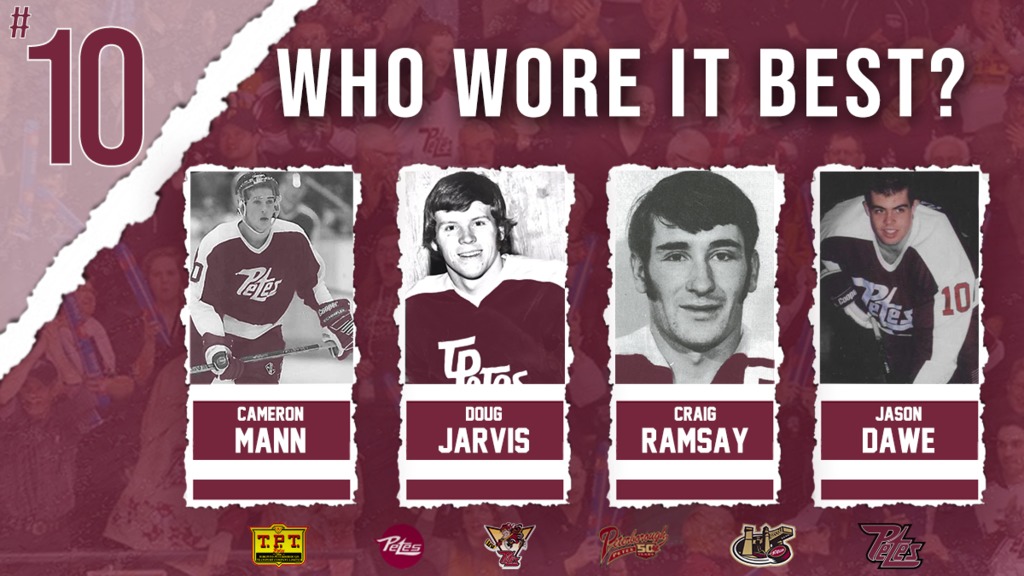 Did you know Cameron Mann is originally from Manitoba? He played five seasons with the Petes, including the 95-96 season that saw the Petes earn the J. Ross Robertson Cup and when Peterborough hosted the Memorial Cup. He was one of the most important players on that ’96 team by putting up 108 points in 66 games. He is 10th in the Petes records books for most overall points!

Craig Ramsay is another influential player from the ’70s. He was the captain of the Petes from 1970-71 and played for the maroon and white from 67-71. In his final year with the Petes, he clinched 106 points. He was drafted to the Sabres in 1971 and spent his entire 14-year NHL career in Buffalo. He was an NHL coach for 21 years upon retiring.

Jason Dawe played for the Petes from 1989-93 and won the J. Ross Roberston Cup in 1993. During that season, he registered 126 points. Before Nick Robertson, he and Mike Harding were the last players to score 50+ goals in the regular season,