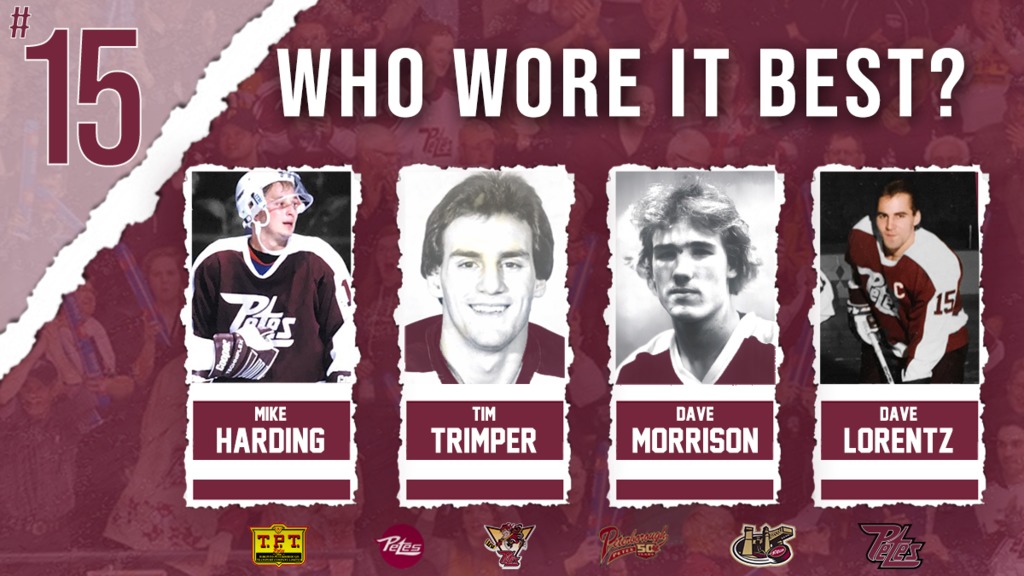 Mike Harding is considered a Petes legend. He holds the organization’s record for overall points (350) and is known for scoring 54 goals in the 1992-93 season when the Petes won the J. Ross Robertson Cup.

Tim Trimper, who wore two different numbers, played for the Petes from 1976-79, winning a J. Ross Robertson Cup in 1978 and 1979, and was part of the club’s only Memorial Cup team. He was a vital member of the ’79 championship team scoring 62 goals and 46 assists in that season alone. He was drafted 28th overall in the 1979 NHL Entry Draft to the Chicago Blackhawks and played three seasons with the Winnipeg Jets from 1980-83.

Dave Morrison played for the Petes from 1979-82 and won a J. Ross Robertson Cup with the Petes in 1980. The following year, he was captain of the maroon and white squad 1980-81 Petes. He was part of the Petes 1980 team under Mike Keenan that represented Canada at the World Junior Championship and then was part of Team Canada again in 1982 that won the gold medal. He currently serves as the Director of Player Personnel with the Toronto Maple Leafs.

Dave Lorentz played for the Petes from 1987-90 and was captain of the J.Ross Robertson Cup squad in 1988-89. He’s often celebrated by his former teammates for being a steadfast leader with 142 points across three seasons in the maroon and white.