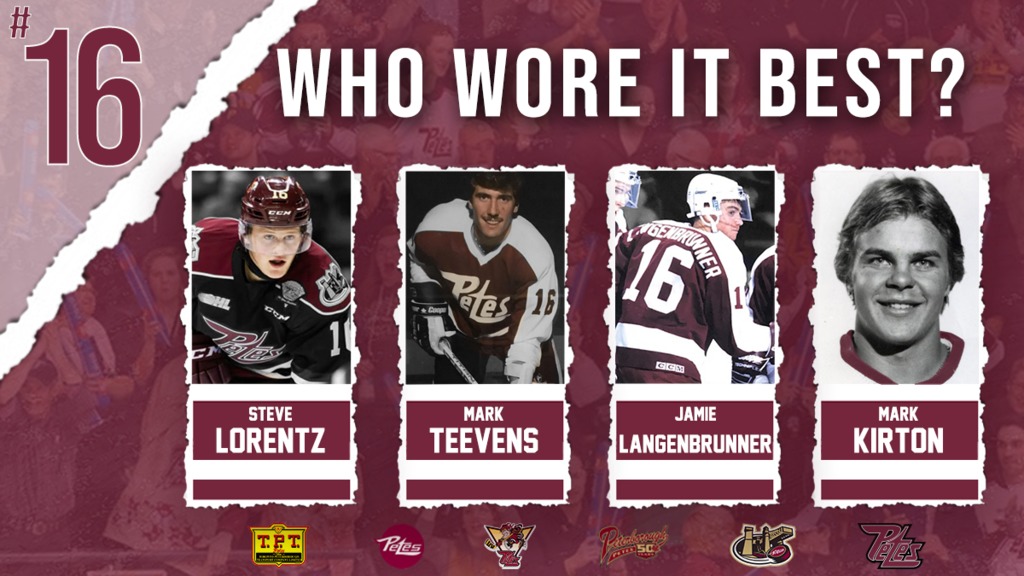 Steven Lorentz is a player who continues to prove everyone wrong. He played for the Petes from 2013-17 and increased his points per season by 43 points from his rookie to veteran season. Most notably he was part of the team that saw a three-game comeback against the Kingston Frontenacs in the 2014 playoffs. Most recently, he was drafted to the Carolina Hurricanes and clinched a Calder Cup with the Charlotte Checkers in 2019. He made his NHL debut last night (Thursday, January 28) against the Tampa Bay Lightning.

Mark Teevens played three seasons with the Petes and was drafted by the Pittsburgh Penguins in the fourth round of the 1984 NHL Entry Draft. His most successful campaign was in 1985 where he had 43 goals and 90 assists for a total of 133 points with the Petes (most assists in a single season for a Pete). He went on to play one season in the AHL for the Baltimore Skipjacks, two seasons in the IHL and eight years in Europe, playing professionally. Mark passed away at the age of 31.

Jamie Langenbrunner was the player who turned everyone into a New Jersey Devils fan. He played for the Petes from 1993-94 and appeared at the World Junior Championship in ’94 and ’95 representing Team USA. He played for the Dallas Stars from 1995-2001 and won a Stanley Cup with the Stars in 1999 with fellow Petes Bob Gainey (General Manager) and Doug Jarvis (Assistant Coach). While playing for the New Jersey Devils from 2001-2011, he won a Stanley Cup in 2003. At the international stage, he was the captain of the 2010 US Olympic Hockey Team. He is currently a Director of Player Development and Player Personnel Advisor with the Boston Bruins.

Mark Kirton played for the Petes from 1975-78 and was part of the team that won an OHA championship in 1978. Kirton played 266 games in the National Hockey League suiting up for the Toronto Maple Leafs, Detroit Red Wings, and Vancouver Canucks.