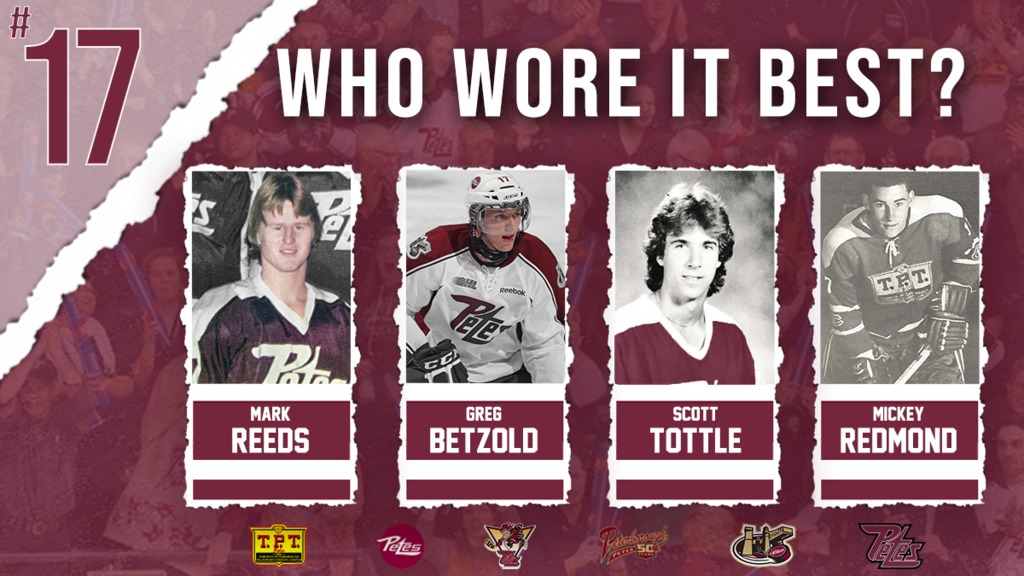 Mark Reeds was a part of the three consecutive teams that saw J. Ross Robertson Cups in 1978, 1979 and 1980. He was drafted to the St. Louis Blues in 1979 and went on to play six seasons with the Blues and two for the Hartford Whalers. He had a significant coaching career in the IHL with the Peoria Rivermen, OHL Owen Sound Attack and between 2011-2015 he was an Assistant Coach with the Ottawa Senators before passing away from cancer in 2015.

Greg Betzold played for the Petes form 2012-16 and scored 43 goals in his final season. He was part of the crew that made a comeback from the Kingston Frontenacs after being down 3 games in the 2014 playoffs. He registered 168 points in 244 games as a Pete.

Scott Tottle holds the club record for most goals in a single-season with 63 in a 70-game season in 1983-84. He played for the Petes for three seasons from 1982-85 and hit the back of the net 116 times. In 1985, he won the OHL’s William Hanley Trophy for Most Sportsmanlike Player. Today, he is a lawyer in London, Ont.

Mickey Redmond played for the T.P.T from 1963-67 and in his final two seasons, he tallied over 90 points and was a captain in his final year. In 1967, he won the OHL’s Red Tilson Trophy for Most Outstanding Player, and William Hanley Trophy for Most Sportsmanlike Player. He won back-to-back Stanley Cups with the Montreal Canadiens in 1968 and 1969. In 1972–1973, Redmond became the seventh player in NHL history and the first Detroit Red Wing player to score 50 goals in a season. Today, he is a colour analyst for the Red Wings.