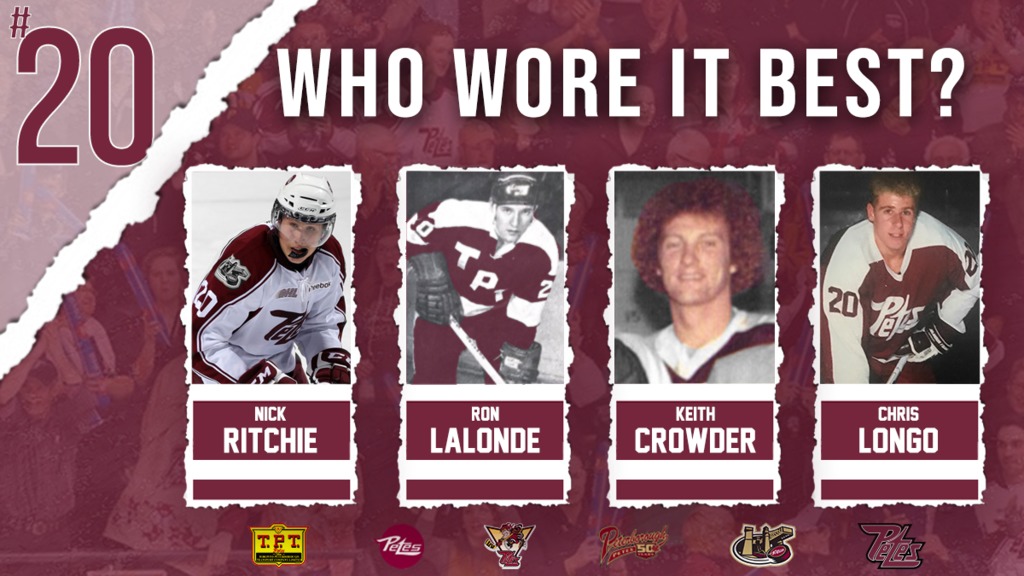 Nick Ritchie played for the Petes from 2011-15 and he put up 180 points in 189 games. He won a gold medal at the World Junior Championship in 2015. He is the most recent Pete to be drafted in the first round of the NHL Entry Draft (10th overall by the Anaheim Ducks). In 2020, he joined the Boston Bruins.

Ron Lalonde played for the Petes from 1970-72 and was named captain in his final year. He played for the Penguins from 1972-75 but made his mark when he was traded to the Capitals. Lalonde played 397 games in the NHL, scoring 45 goals and 78 assists for 123 points. During his time with the Capitals, he became the first player in franchise history to record a hat trick on March 30, 1975, against the Detroit Red Wings.

Chris Longo played for the Petes from 1989-92 and put up 75 points in his rookie year. He won the OHL’s Emms Family Award for Rookie of the Year in 1990. As a member of the Portland Pirates in the AHL, Longo won the Calder Cup.