Who Wore It Best? Jersey #9 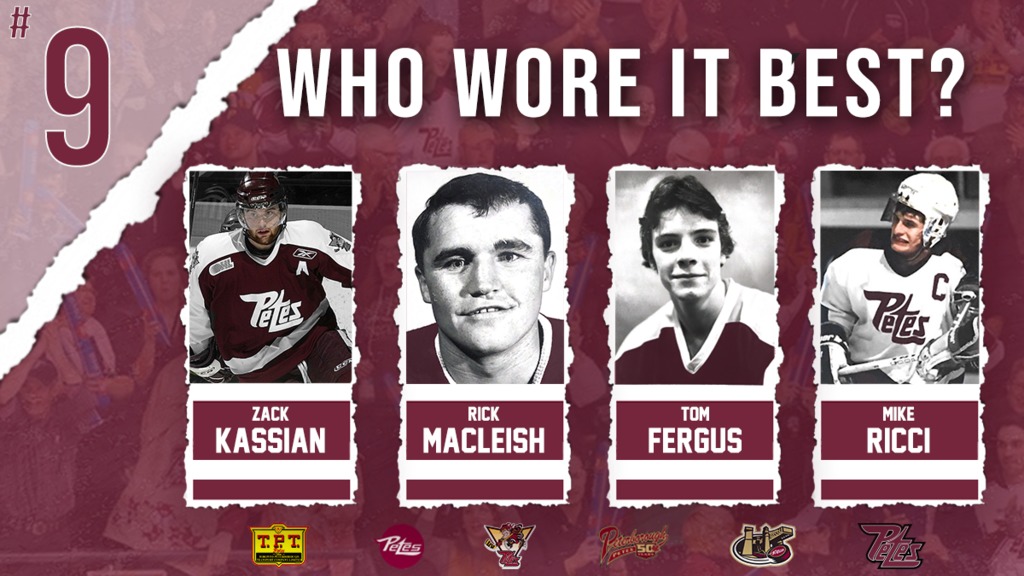 Long before Zack Kassian was stoking fire in the Battle of the Alberta, he was playing for the Petes from 2007-2010. He’s one part skilled, one part tough. For example in his 2008-09 season, he put up 63 points in 61 games and tallied 136 PIMs. He was a captain to the Petes in the 2009-10 season before being traded halfway through the season to the Windsor Spitfires.

Rick MacLeish played for the Petes from 1967-70 before the Boston Bruins selected him 4th overall in the 1970 NHL Draft. In his 1972–73 NHL season with the Flyers, who earned the nickname “The Broad Street Bullies” was a breakout year for MacLeish as he became the first member of the Flyers to ever score 50 goals in a single campaign.

Tom Fergus played for the Petes from 1979-81 as an American born player. The successful centreman was often found on the top lines for the Boston Bruins from 1981-86 and Toronto Maple Leafs from 1986-92.

Many believe this guy should be the next player that the Petes raise the banner for. Mike Ricci was drafted by the Petes in 1987 as a Bantam player. He played for the team for three seasons and became captain on the Petes’ squad during the 1989-90 campaign. He was drafted 4th overall in 1990 by the Philadelphia Flyers and won the Stanley Cup with the Colorado Avalanche in 1996.