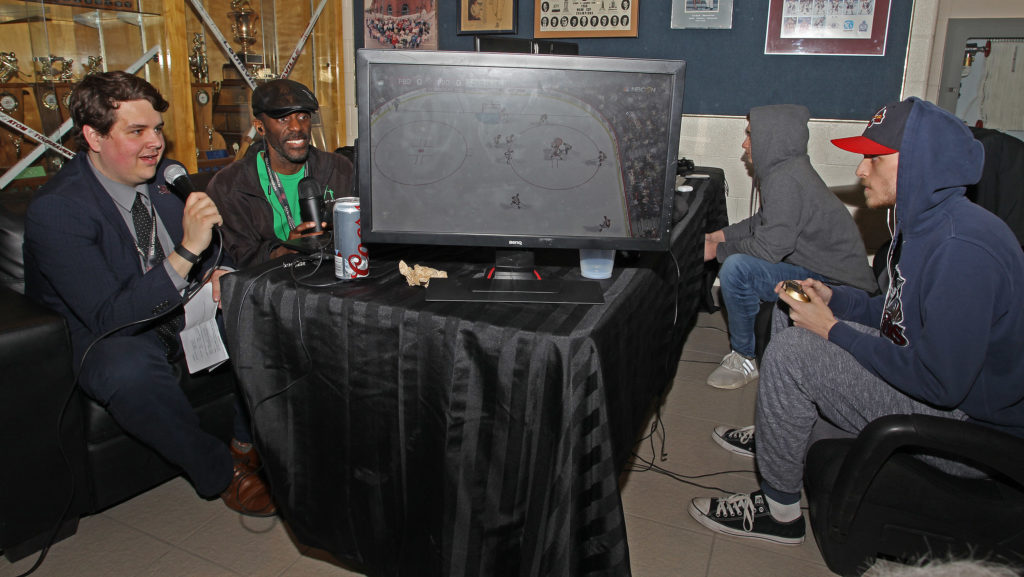 The Peterborough Petes, in association with We Got Game! and The Social Pub, are proud to announce that JafGaming14 is the champion of the first ever Petes Gaming eSports NHL19 1v1 tournament.

JafGaming14 (Jacob Jafine; Toronto, ON) defeated lantzer_31 (Matthew Lantz; Halton Hills, ON) 2-1 in the best-of-three championship round on Saturday night at the Peterborough Memorial Centre during the Peterborough Petes Ontario Hockey League game against the Sudbury Wolves. Jaf won game one 7-1, then lost 2-1 in the second tilt before clinching the championship with a 1-0 win in game three.

Jaf scored the championship-winning goal with just 36 seconds left in the third period of game three. He scored on a spin-o-rama by John Parker-Jones, who fed Max Grondin in the slot for a one-timer goal.

The first ever Petes Gaming NHL19 championship-winning goal courtesy of our boy @JafGaming14 (with a little help from @GrondinMax, @ParkerJones777 and @ShutoutsJones).

The tournament was made up of an online qualifying event and live head to head competition. The preliminary round of 16 was held at The Social Pub in downtown Peterborough during the day on Saturday, with the finals going live in the East Lobby of the PMC.

Petes playoff tickets are on sale now! Cheer on the mighty maroon and white with post-season tickets starting at just $9.50. There will be free giveaways at every playoff home game in the first round. Contact the Baker Tilly Box Office at (705) 743-3561 to reserve playoff tickets today. 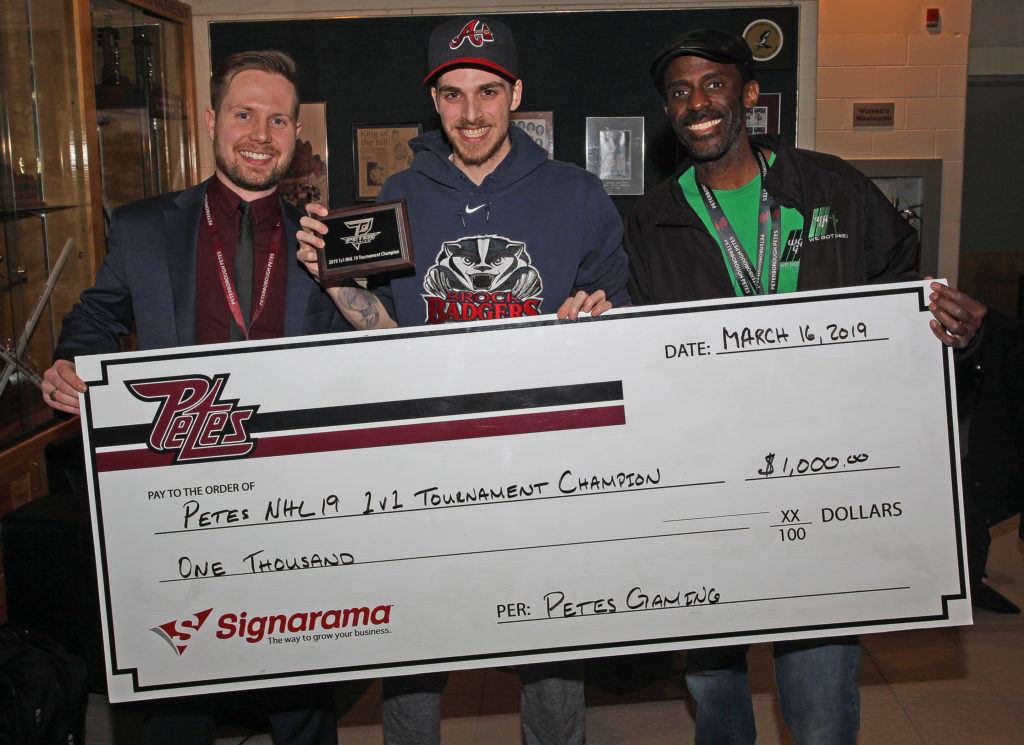