Winning is everything: Mike Ricci 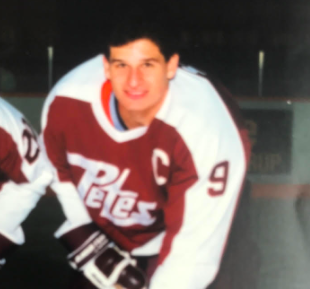 Under the definition of ice hockey should be a photo of Mike Ricci. The former Petes toothless smile and long locks donned in the 90s have become a prototype for all hockey movie characters. His style of play that was equal parts finesse and grit has put him among the ranks of Joe Sakic, Eric Lindros and fellow Petes alumnus Chris Pronger as an era-defining player. Ricci’s obsession with winning and the passion that radiated from his six-foot frame following every goal has made him a lifelong favourite among hockey fans.

Ricci was drafted by the Peterborough Petes in 1987 as a bantam player and dressed for the maroon and white across three seasons.

“It was kind of cool, I’ll be honest with you, I didn’t know anything about junior hockey.”

The centre’s father had hopes that he would seek out a career in soccer.

While with the Petes, Ricci played alongside guys who went on to have enormously successful careers like Jassen Cullimore, Tie Domi, and Jody Hull. In 1989, he received his first taste of championship success as the Petes took home the J. Ross Robertson Cup following a series against the Niagara Falls Thunder. 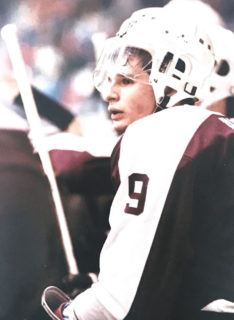 Unfortunately, his competitive edge slightly dulled right before the Memorial Cup as the sophomore Pete developed chicken pox on his journey to Saskatoon, a memory that continues to haunt him.

The following season which was his final year with the Petes, Ricci would go on to be named the CHL Player of the Year, a feat no other Pete had or has since conquered. In 1990, Ricci was selected fourth overall by the Philadelphia Flyers in the NHL Entry Draft.

“I don’t think when I was a young kid I really dreamed about going to the draft. I remember dreaming of winning a Stanley Cup but I didn’t know enough about the NHL Draft, but as it got close, when you’re playing junior, you start to realize.

Although the theatrics of this special day evolves year after year to increase fan engagement and entertainment, the media frenzy surrounding those selected has remained constant and a point of disinterest for Ricci.

It’s more of an experience for your family, your parents get to go and you get to give them the credit, but as a player at the time it’s kind of stressful; you’re running around at the time doing interviews. I’m not really interested in that stuff but I think your family and friends, I think it’s great for them. They almost get to enjoy it more than you do.

That’s what I remember, my parents getting the credit they deserve.”

Ricci would go on to have a substantial 17-year playing career in the NHL dressing for the Flyers, Quebec Nordiques, Colorado Avalanche, San Jose Sharks, and Arizona Coyotes. The defensive centre clinched a Stanley Cup with the Avs in 1996 following their relocation from Quebec.

“Obviously hockey is the best sport in the world in my eyes, but it was a lot of fun hanging out with your best friends, going to the nicest restaurants, all the coolest bars.”

Ricci admittedly enjoyed his social time later in life, however, he recalls being bashful while playing for Peterborough.

“When I got to Peterborough, I was a shy kid. I didn’t really know that much about being part of an organization and being a part of a town. [Coach] Dick [Todd] always made me do stuff, he made me go to things and talk. I realized that helped me out later.”

His equation for success, though not complicated, was instilled by his parents early in life. 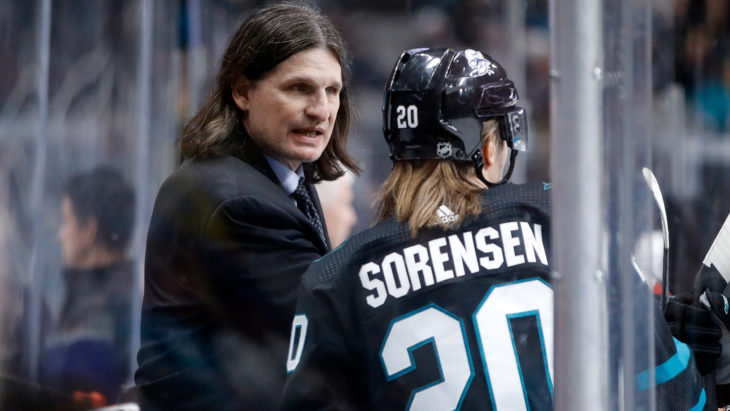 “I’ve never been shy about saying, when I grew up my dad said, ‘it wasn’t just go out and have fun. You have to go out and win.’ I grew up in a family where it wasn’t enough to just have fun, you had to go and win the game.”

For Ricci it was never about the simpler wins either, he enjoyed playing against the league’s top producers like Petes alumnus Steve Yzerman and Peter Forsberg.

In 2007 Ricci retired from playing hockey, a process he said he wouldn’t volunteer to go through twice.

“I remember my mom and dad working hard, couldn’t wait to pay off their house and retire. For professional athletes, we work as hard as we can so we can’t retire, once that happened it was tough times.”

His passion for the game and fixation for winning made stepping away from the ice specifically challenging, “Unfortunately, when you love something so much and you played it your whole life and it’s taken away, it’s tough.”

“Some days I wake up after one of those good sleeps and you think about what time practice is, and then I realize I ain’t putting on the equipment I’ll be putting on a tracksuit, it still happens.”

Ricci rejoined the Sharks organization as an advisor in 2007, eventually stepping into the role of Player Development Coach and most recently he was promoted to the role of Assistant Coach. In his new position Ricci has been forced to transition his thinking to the larger picture of what will leverage the most success for the Sharks in the future. In addition, he has been forced to reevaluate how he previously and personally handled losing.

The West Coast Coach maintains that he’s been exposed to an abundance of strong players and coaches, and like many in his role, he has been able to take parts from all and morph it into one unique coaching style.

“I’m known for telling a story or two – I laugh because they’ve heard them all – so I’ll bring up what Joe Sakic said to me, or Marc Crawford.” 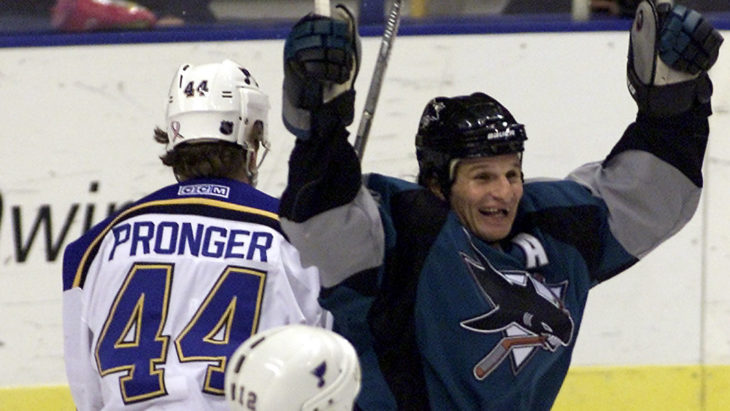 He self identifies as a stickler for details and habits but maintains he enjoys having fun and being in the locker room, humbly describing himself as “ok” at his job.

In rewatching highlight clips of Ricci and his post-goal celebrations, you can see why fans latch on to the powerful centre. His energy after a goal electrifies a crowd and his love for hockey makes Ricci a one of a kind player. The former Pete’s dedication to his craft and commitment to excellence is precisely what he wants to be known for and makes the Sharks lucky to have him on the bench.