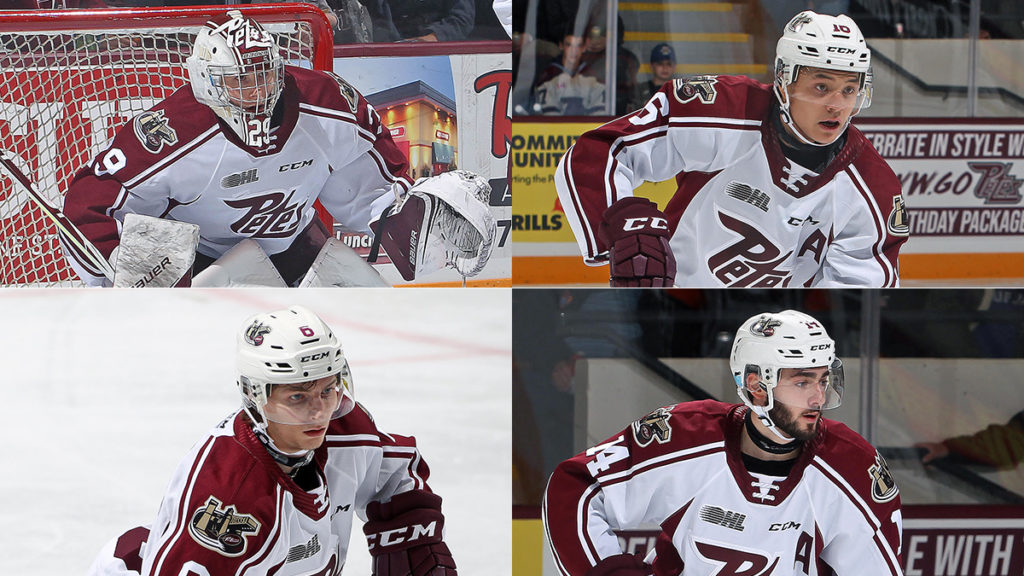 It’s been a busy few weeks for the Maroon and White as they work their way through a heavy schedule that includes three consecutive three-in-three weekends. For a handful of Petes, it’s been even busier. Goaltender Hunter Jones, forward Nick Robertson, and defenceman David Maier have been or will be taking part in World Junior Championship activities with their respective home countries.

Hunter Jones
Jones was one of four CHL netminders invited to Canada’s National Junior Team Selection Camp in Oakville this past week. After playing in two games between Team Canada hopefuls and a U SPORTS All Star team, Hockey Canada announced on Thursday that Jones had been released from Selection Camp.

“It’s hard to swallow a little bit. It’s pretty nerve wracking up there in the hotel room when you are waiting with one of your good buddies that you train with in the summer time. You are praying that you don’t get the knock on the door and you are hoping that you both can move forward to be on the team together,” Jones said. 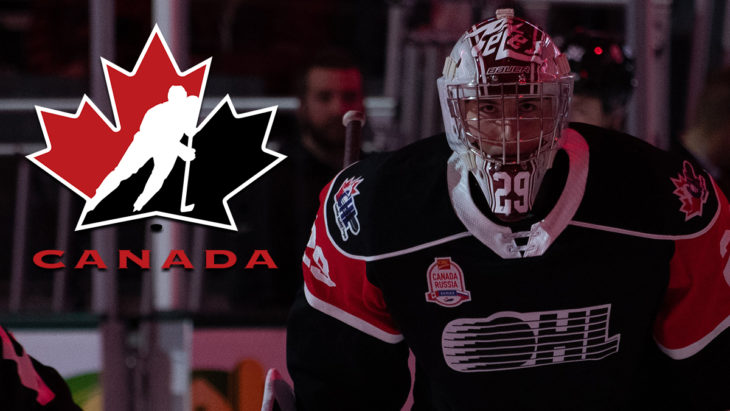 Jones arrived back in Peterborough on Thursday night and will be available for Friday’s game in Oshawa.

“Obviously it’s not the result we were hoping for for Hunter,” commented Petes GM Mike Oke. “There were four high caliber goalies in the camp, and we know it wouldn’t have been an easy decision for Hockey Canada to make. We’re proud of Hunter for representing the Petes at Selection Camp.”

Nick Robertson
USA Hockey announced earlier this week that Nick Robertson has been invited to attend their selection camp in Plymouth, Michigan on December 16 and 17. It will be the Toronto Maple Leafs prospect’s first selection camp; he attended the team’s World Junior Summer Showcase prior to the season.

He is expected to depart for Plymouth on Sunday, meaning that he’ll remain with the Petes through this weekend’s games. Should he make the final roster, he would travel to the Czech Republic for the World Junior Championship that runs from December 26 to January 5.

David Maier
Austrian import David Maier is currently playing in the Division I Group A World Junior Championship in Minsk, Belarus. The defenceman, who has twice before played with Austria’s Under-20 team, has recorded 1 goal and 2 assists in 4 games for his country, who are 3-1 in the tournament so far. At +7, he has the second best plus/minus rating in the tournament. They’ll play on more game on December 15. 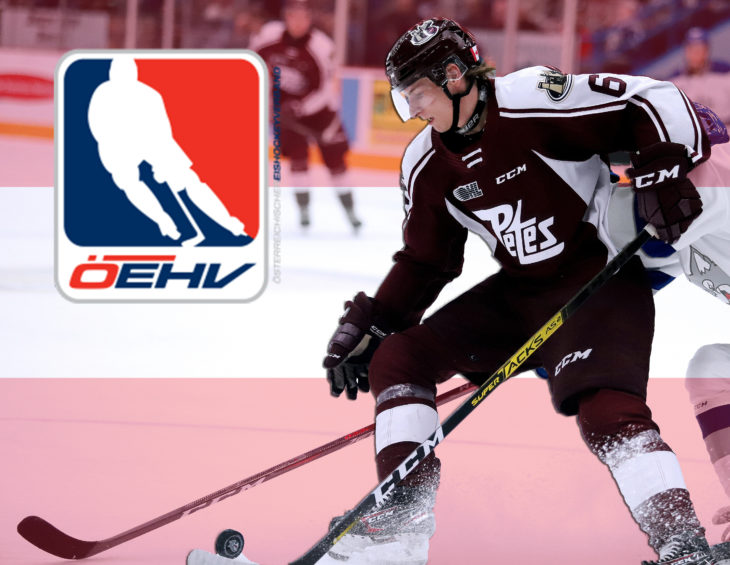 Should Austria finish with the best record after five games, they will be promoted to the top World Junior Championship division in 2021.

Maier will return to Peterborough after Christmas.

Liam Kirk
Kirk, who captained Great Britain’s Under-20 team last year, was once again invited by Ice Hockey UK to represent his country at the Division II Group A World Junior Championship but turned down the opportunity.

The Bristish import told the Peterborough Examiner, “I love playing for my country and my national team and seeing the guys on these trips. But, I’m not trying to say I’m big-headed or anything, I know what I can do at that level. Obviously, I’d like to go back and win another medal. But I want to play hockey which is going to benefit me the most.” 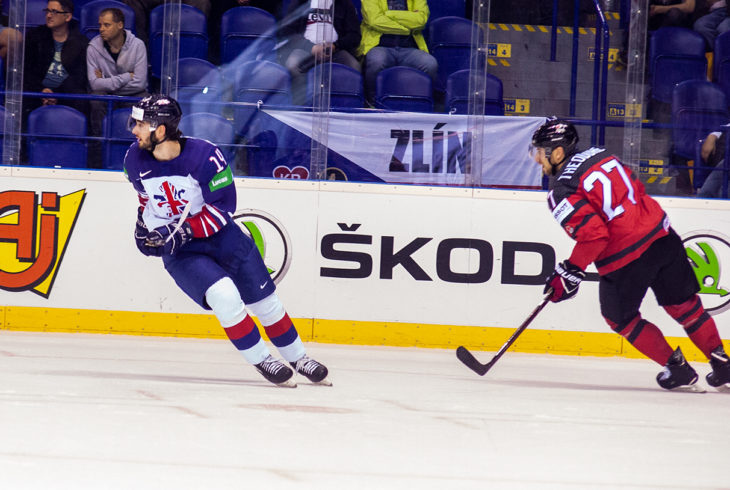