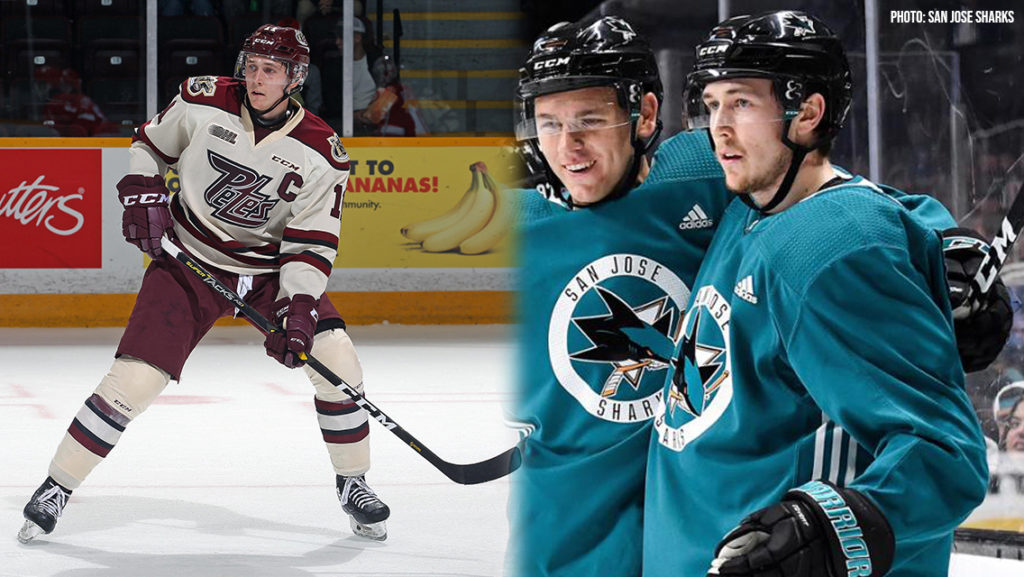 “Zach is an up and coming centre who can use his size to create space in the offensive zone,” said Wilson. “He will be re-joining the Peterborough Petes to captain one of the top teams in the OHL. We are excited to watch him develop his skills as a power forward under head coach Rob Wilson as he continues to be a leader for his club next season.”

The Oakville native was originally selected by the Detroit Red Wings in the 3rd round, 83rd overall in the 2017 NHL Entry Draft. Gallant attended San Jose’s 2019 Development Camp as a free agent. He joins teammate Ryan Merkley, who signed an entry-level contract after the 2018 NHL Entry Draft, as a member of the Sharks organization.

Catch Zach and the rest of the Peterborough Petes in action all season long with a Season Ticket Membership! Can’t commit to a full season? Try a 10- or 20-Game Flex Pack! Call Mike at (705) 743-3681 ext. 263 to purchase or for more information.

alumni
Developing the next wave of on ice talent: Justin Soryal
7 days ago