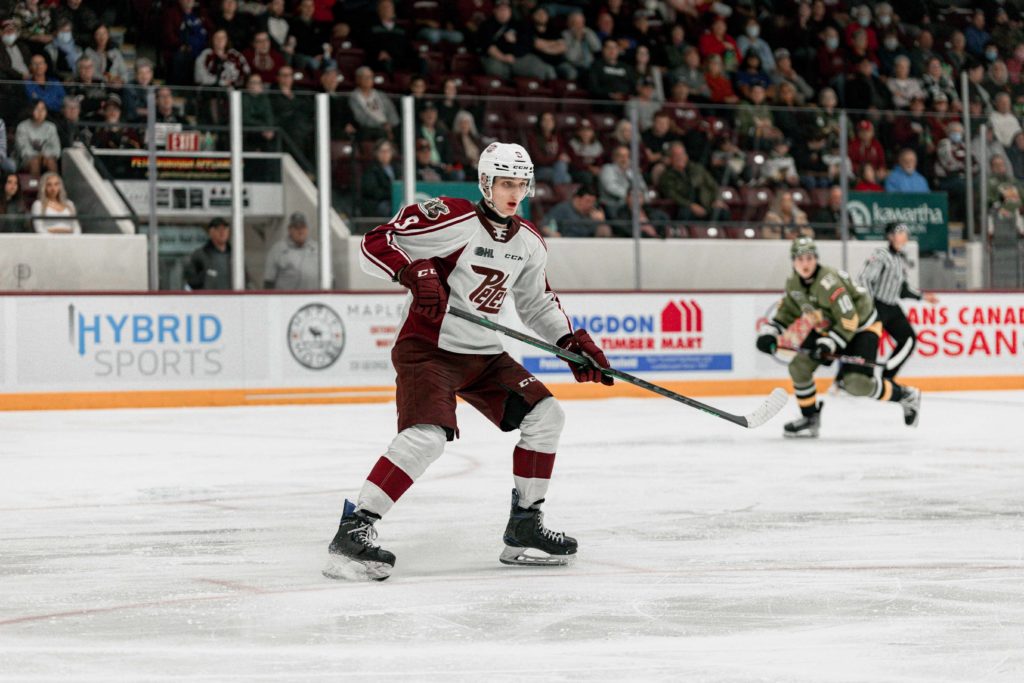 In a press release from Swiss National League club SCL Tigers, it was announced on Wednesday that Petes defenceman, Brian Zanetti, has signed a professional contract in his home country. Zanetti will join the Tigers next season on a two-year deal until 2025.

“My goal is still the NHL and I see the best option for my next step in development being with the SCL Tigers, as it is an ambitious training club,” said Zanetti. “Lengthy discussions with all those responsible for the club convinced me that this was the best option for me.”

Zanetti, a 2003-born defenceman from Lugano, Switzerland, was selected by the Philadelphia Flyers in the fourth round, 110th overall, in the 2021 NHL Entry Draft. Originally selected by Peterborough in the first round of the 2020 CHL Import Draft, Zanetti has suited up for 83 games as a Pete, scoring six goals and adding 25 assists for 31 points. Zanetti recently returned to Peterborough after playing for Switzerland at the 2023 World Junior Championships, where he recorded one assist in five games.

“We want to congratulate Brian on this accomplishment as he works to continue his hockey journey next season and beyond,” noted Petes General Manager Michael Oke. “We look forward to continuing to assist in Brian’s development this season, with the ultimate goal of playing in the NHL.”

The SCL Tigers are a professional hockey team from Langnau im Emmental, Switzerland. They play in the National League, which is the top tier of hockey in Switzerland. The league is home to former Petes forward Jonathan Ang, who currently sits 10th in league scoring with 34 points in 37 games with EHC Kloten.

SCL Tigers Head of Sport Pascal Müller had this to say when asked about Zanetti. “It is an important and strong sign for the Tigers organization that such a young and ambitious talent has chosen us.”

The Petes are back in action on Thursday when they host the rival Oshawa Generals. You can purchase tickets by clicking here, or by contacting the PMC Grant Thornton Box Office in person or at (705) 743-3561.