Behind the Petes – Daniel Nikandrov 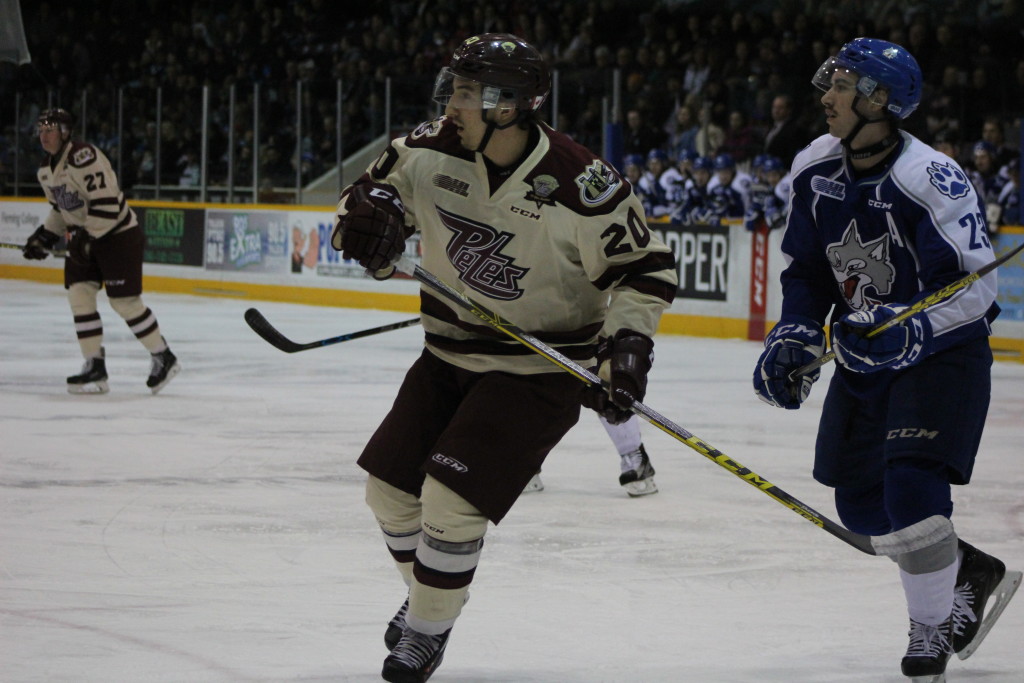 It’s time for the latest installment of Behind the Petes. This week I sat down with the newest member of the Peterborough Petes, Daniel Nikandrov. I asked him nine questions that were submitted by you, the fans, and in just a few moments you’ll finally have your answers.

A short anecdote about Nikandrov is that he was born in Israel and didn’t move to Canada, let alone step into a hockey arena, until he was ten years old. His parents Alex and Julia had a decision to make in the early 2000s; they could move to Australia or Canada. Fortunately for the Petes, the Nikandrovs chose the Great White North. Daniel had to grow into hockey quickly, which wasn’t hard for the intelligent forward, who is tri-lingual (Hebrew, Russian, English) and loves to learn, both on and off the ice. This intelligence really shows in his answers to your questions.

What do you think of living and playing in Peterborough so far? – Submitted by Tony

Well it’s been an adjustment but it’s been great and there have been a lot of people who have helped me out. The city is a bit bigger than Sarnia was, so I’m getting used to driving around a bit more as well, that’s been somewhat of a change.

What has been the biggest challenge for you thus far in your career? – Submitted by Daniel

This move to Peterborough has probably been my biggest challenge. My time in minor hockey I played for one team and then my entire junior career I only played in Sarnia. So, to have this move at 20 years old was quite difficult at the start.

How did it feel to get your first goal as a Petes player out of the way on your first night? – Submitted by Megan

I think there was some weight off my shoulder but at the time we were just trying to win the game. I think in the moment I didn’t think too much of it but looking back now if I hadn’t of scored it I would probably be feeling some pressure.

No, not really and I think my billets have been really good at helping me maintain the same rituals I had before. It’s nothing special, it’s the same chicken and pasta that every hockey player eats I think. It’s the same pre-game nap and we all show up at the rink at pretty much the same time and go through a similar routine. So, it’s nothing too special and there have been people helping keep it the same.

Who was your favourite player growing up? – Submitted by Leo

What was your impression of the Petes before you came here and how did it change when you got here? – Submitted by Kyle

Well my impression of the Petes has always been that they are very tough team to play in their own building and that hasn’t changed much because we’ve been pretty good at home since I got here. At the same time, when you are on a different team you only really highlight a few players from opposing teams. So, a change for me has been that I’ve gotten to see these guys play, every single one of them more. I’ve learned to appreciate different things about each player on this team and what they bring to the table.

What advice would you give to young kids who want to play hockey? – Submitted by Melinda

Just have fun with it. If you are enjoying the practices as much as the games then you can be successful with it.

What is one thing you about you that you want the Peterborough fans to know? – Submitted by Alyson

I guess the way I play. I try to play hard all the time. That was something that was appreciated in Sarnia and I hope to carry that over here.

What is your favourite movie and why? – Submitted by Victoria

I’d say Pulp Fiction, which is a little bit before my time I guess. It’s got a really good blend of storylines, it’s got good humour and it has a lot of memorable parts to it. It’s a movie that you can watch a few times and every time you watch it you can find a little detail that you missed before and it really makes you appreciate the movie more.

Thank you all for your submissions! Keep them coming for next week when I talk to the Petes’ leading goal scorer Greg Betzold. You can submit your questions for him by clicking here, or on the Petes Mobile App.