Behind the Petes – Hunter Garlent 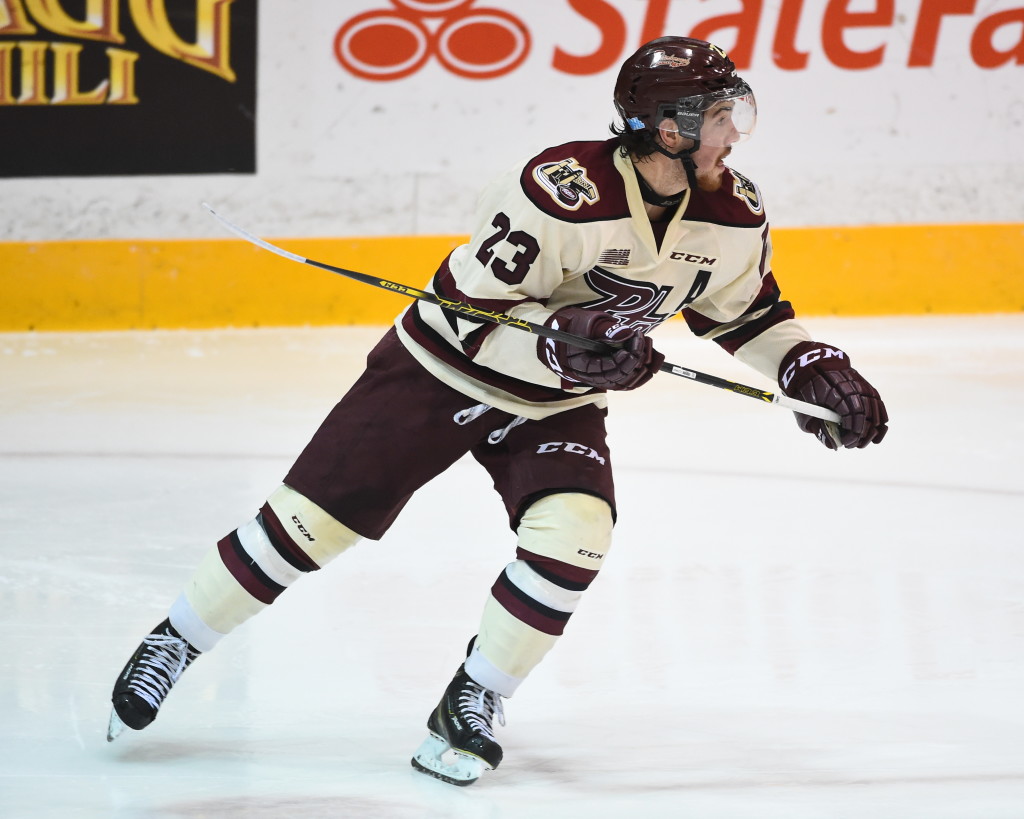 What is more exciting than an overtime win? Nothing, but a new installment of Behind the Petes comes pretty close. This week I talked to veteran Hunter Garlent and asked him your questions.

When Hunter Garlent was acquired by the Petes from the Guelph Storm in January 2014, fans asked the same old question: how will this guy fit in on our team? For a guy like Hunter, though, “fitting in” is never an issue. “Gar”, as he’s known around the locker room, uses his big smile, bigger heart, and schoolboy charm to be one of the most likeable guys in the game. Hunter’s move to Peterborough was also a reminder of how small the sports world can be. His linemate, and eventual Anaheim Ducks forward, Nick Ritchie, was an old friend. The two grew up together on provincial and national championship lacrosse and hockey teams, and along with Eric Cornel, on the ice they were looking like long-time friends again in no time. Even without Ritchie, Hunter is doing well this season with career highs in goals and points, and doesn’t seem to be letting up on the gas anytime soon.

So without further ado, here are Hunter’s answers to your questions.

What is the best part about playing with the Peterborough Petes? – Submitted by Martina

I think it’s just being in the team environment. Just playing the game we love at a high level, but more importantly, being in a small community with very passionate fans and fans that really support our team. It’s a lot of fun when we are playing well and we’re getting big crowds, it’s a really fun place to play.

Do you have any pre-game rituals? – Submitted by Shelby

For me just the same warm up, and I get dressed left to right. There are a couple little things that I don’t really talk about but that’s about it that I really worry about too much.

What is your most memorable moment of your OHL career so far? – Submitted by Bradlee

Well first being drafted is a pretty unbelievable experience, but on top of that probably when I first got traded to Peterborough and we came back from down three nothing against Kingston to win four straight. It’s something I’ll remember forever with a great group of guys.

What’s your fondest off-ice memory of your time spent with the Petes? – Submitted by Geoff

That’s one of the best parts about playing in the OHL. You live away from home and you’re with a group of guys every day for so much time. Probably the best thing is Tuesdays we go for dinner and a movie and you just escape from hockey a little bit. You just enjoy your time with the guys and make friendships that will last a lifetime. 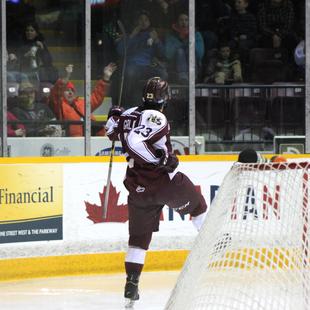 Who is your go-to guy on the team and why? – Submitted by Amber

I’d have to say Cornel. We’ve been line mates since I got traded here, so almost three years now. We’ve been here so long and connected so well on the ice, that we’ve connected the same way off the ice. We’re just both passionate guys that want to play hockey at the highest level we can.

Which team do you really look forward to playing against and why? – Submitted by Dan

I think playing against any divisional team is fun, obviously they’re big games. For me personally it’s always fun playing against the old team (Guelph), even though we only do it twice a year. It is weird being on the other side but it’s always exciting seeing old teammates or coaches.

Who did you idolize growing up? – Submitted by Chris

First off, my dad, just with everything he did for me to get to this point and he’s just a great role model. As a hockey player though, I’d have to say Steve Yzerman.

We had some really great questions this week for Hunter, thank you to everyone that submitted. Now, let’s keep it going for next week when I talk to Peterborough native and surging sniper Logan DeNoble. Check out this link or download the Petes Mobile App to submit a question for Logan.