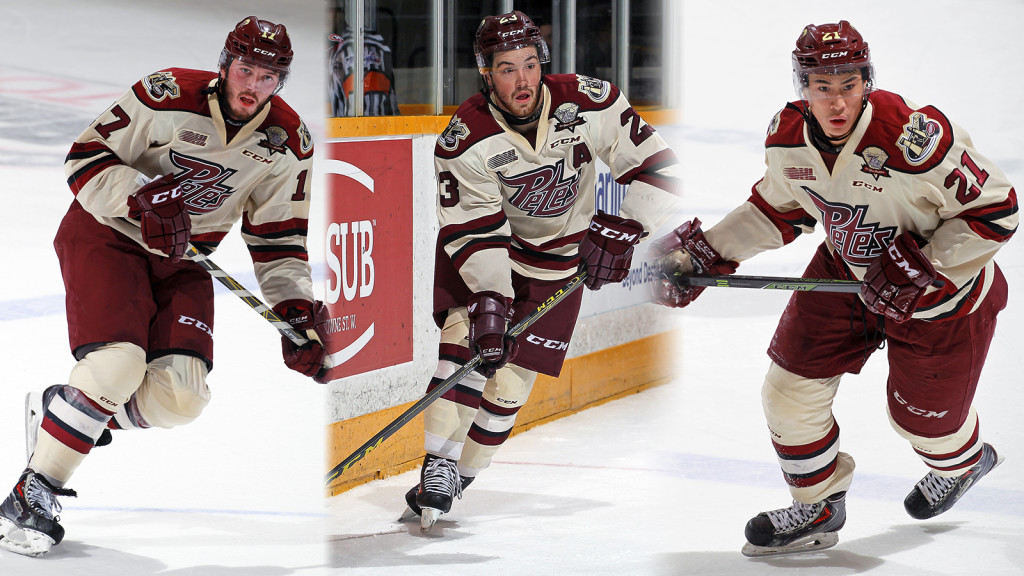 Betzold, an overage winger who leads the Petes in goals, picked up third place in the Eastern Conference “Best Shot” category. In 63 games played this year, he has 42 goals and 20 assists for a career high 62 points.

Garlent, an overage centre, is the Petes’ leading scorer with 38 goals, 44 assists, and 82 points. The assistant captain was named the third “Smartest Player” in the Eastern Conference this season.

Ang, who is in just his second OHL season and is a top prospect for the upcoming NHL Entry Draft, came in tied for second in the “Best Skater” category with Sean Day (Mississauga) and Mitch Vande Sompel (Oshawa). Ang has also put up career numbers this year with 21 goals, 27 assists and 48 points.

Greg, Hunter and Jonny finish the regular season on the road this weekend with two games that will solidify the 2016 playoff standings. While supplies last, tickets for Eastern Conference Quarter-Final home games one and two are available here, by phoning (705) 743-3561, or by visiting the PMC Collins Barrow Box Office.