Cornel and Ritchie to Play in Top Prospects Game 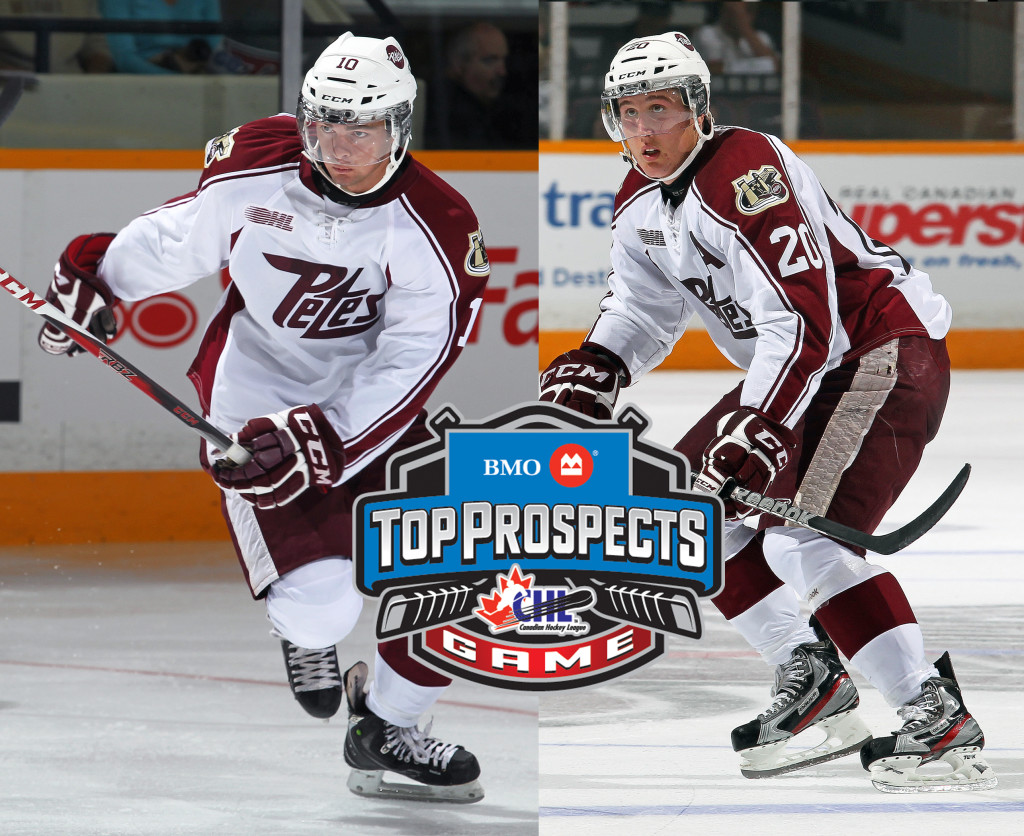 The Canadian Hockey League in association with the three regional leagues, the host Calgary Hitmen of the WHL, and BMO Financial Group, today announced the 40 CHL players that will compete in the 2014 BMO CHL/NHL Top Prospects Game in Calgary, AB, on January 15, 2014. The Petes are proud to announce that forwards Nick Ritchie and Eric Cornel will participate in the game.

Ritchie, who was acquired second overall by the Petes in the 2011 OHL Priority Selection, has amassed 15 goals and 11 assists for 26 points as well as 70 penalty minutes through 28 games so far this season, totalling 100 points in 131 OHL games with the Petes to date. Ritchie will play for Team Cherry, which will be coached by Jim Peplinski.

Cornel was selected third overall in the 2012 OHL Priority Selection, and has accumulated 11 goals and 14 assists for 25 points and 12 penalty minutes in 34 games played this season, totalling 15 goals, 26 assists, 41 points, and 25 penalty minutes in 97 career OHL games. Cornel will suit up for Team Orr, which will be coached by Lanny McDonald.

“It’s nice that Nick and Eric have been recognized as top prospects for the upcoming NHL draft,” said Petes GM Michael Oke. “They both got off to a solid start this season, and it’s great that they’ll be able to show-case their skills in front of so many pro scouts.”

“For Nick and Eric to be recognized it says a lot about their dedication to being top players – they both work hard every day to improve their skills.” added Petes Head Coach Jody Hull. “This accomplishment shows that the scouts and NHL clubs recognize their dedication and hard work – congratulations to both Nick and Eric.”

“The BMO CHL/NHL Top Prospects Game is one of the highlights of the hockey calendar and we are excited to showcase 40 of the league’s top prospects eligible for the 2014 NHL Draft to the passionate hockey fans in Calgary and to CHL fans across Canada watching live on Sportsnet and TVA Sports,” said CHL President David Branch.  “Since 1996 the CHL’s top prospects have had the opportunity to showcase their skills in this event before hundreds of NHL scouts and General Managers in attendance.  Congratulations to all 40 players selected this season representing the next wave of talent to the NHL.”

For more information about the event please visit www.bmotopprospects.ca.