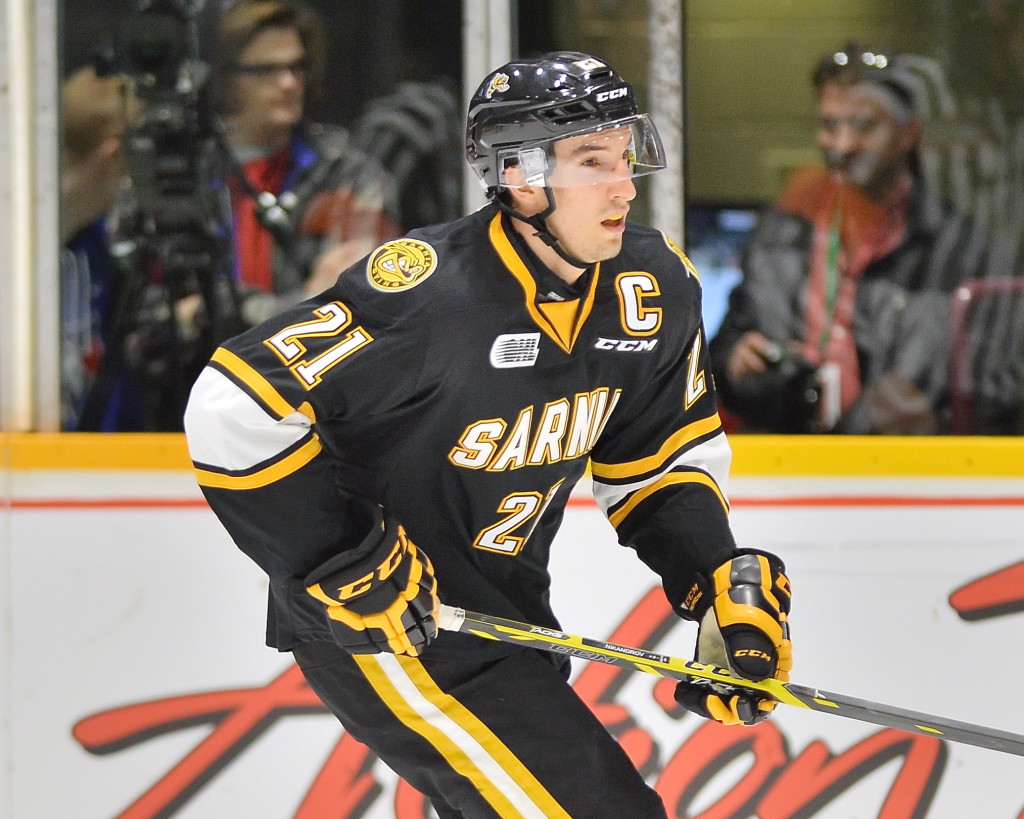 Peterborough Petes General Manager Michael Oke announced on Thursday that the team has acquired centre Daniel Nikandrov from the Sarnia Sting in exchange for Sault Ste. Marie’s 3rd round pick and Hamilton’s 5th round pick in the 2017 OHL Priority Selection.

Nikandrov, a 20 year-old centre from Markham, Ontario, is in his fifth OHL season. Last season, he set a career high in goals, assists, and points, recording 16 goals and 33 assists for 49 points. He was originally selected in the fourth round, 68th overall in the 2011 OHL Priority Selection.

“Daniel is a hard working forward that can play in any situation,” noted Oke. “He has a reputation as a player that will do anything to help his team win and will add valuable skills on and off the ice.”

Nikandrov will make his Petes debut on Saturday against the Sudbury Wolves. Tickets are still available for the Blind Hockey International “Seeing is Believing” game night on Saturday, November 14 by phoning (705) 743-3561, visiting the PMC Collins Barrow Box Office, or online. Be sure to download the new Petes Mobile App for Android or iPhone for the latest news, contests, info, and the Petes Loyalty Rewards Program.