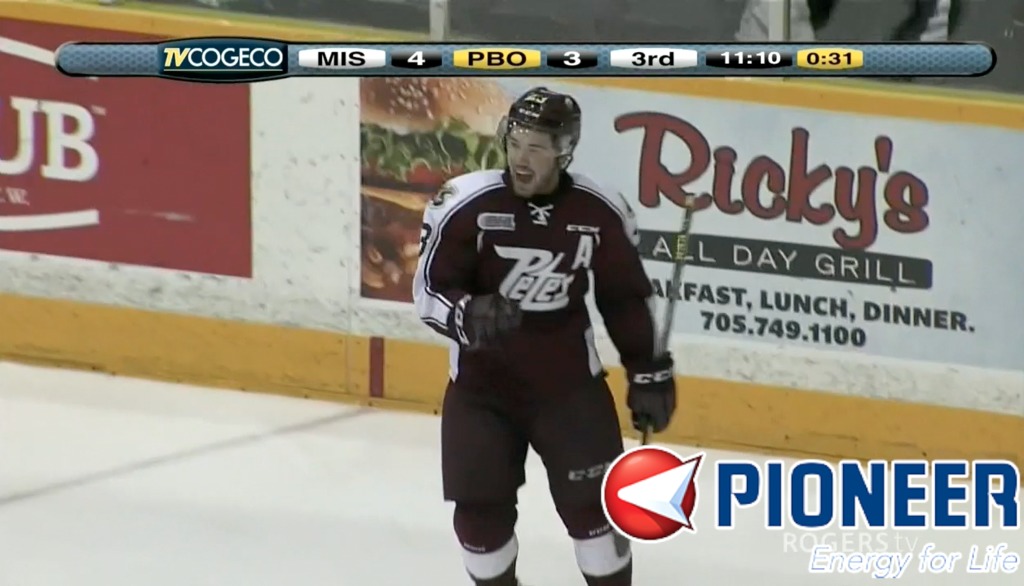 (Toronto, ON) – The Ontario Hockey League today announced that forward Hunter Garlent of the Peterborough Petes is the Pioneer Energy OHL Player of the Week for the week ending March 6 after scoring six goals and one assist for seven points in two games along with a plus-minus rating of plus-1.

Garlent scored back-to-back hat-tricks and earned first star honours in both games played last week helping the Petes clinch a berth in the Eastern Conference OHL Playoffs.  He also tallied game-winning goals in both contests including Thursday night as part of a four-point performance in a 7-4 victory over the Hamilton Bulldogs in which he also scored his 100th career OHL goal, and on Saturday where his 37th goal of the season capped off his second straight hat-trick and lifted the Petes to a 5-4 triumph over the Mississauga Steelheads.  The Petes now carry a sixth place record of 30-26-2-4 with an opportunity to still finish as high as third place with six games remaining in their regular season schedule.

A 21-year-old from Thorold, ON, Garlent is playing in his fifth career OHL season and second full campaign with the Petes after being a first round pick of the Guelph Storm in the 2011 OHL Priority Selection.  The overage forward earns the award for the second time this season and currently ranks 12th in league scoring with a career-high 80 points in 62 games played.  Garlent also became the first Petes’ player to record three hat-tricks in a season since Marcel Rodman during the 2000-01 campaign.

Watch video highlights of Garlent and the Petes against the Bulldogs and Steelheads.

Tickets to see Hunter and the Petes take on the North Bay Battalion in a potential playoff preview on Thursday are still available by visiting the PMC Collins Barrow Box Office online, in person, or by phoning (705) 743-3561.