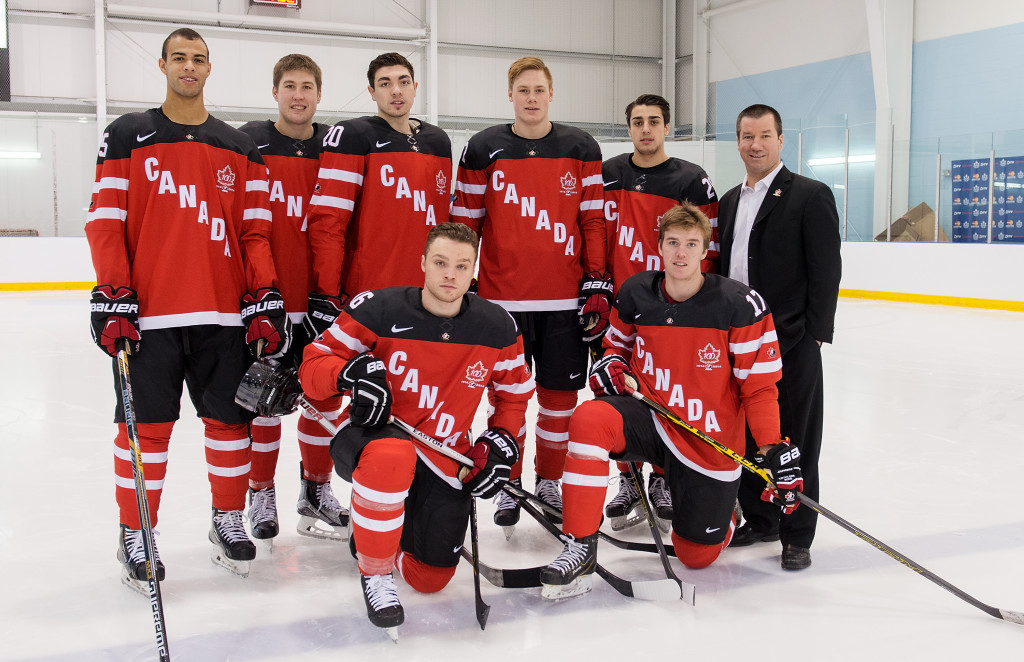 Hockey Canada, in partnership with the Canadian Hockey League, announced Saturday the 22 players who will be a part of Canada’s National Junior Team at the 2015 IIHF World Junior Championship, Dec. 26, 2014 to Jan. 5, 2015 in Toronto and Montreal, Que.

Peterborough Petes forward Nick Ritchie was confirmed as one of the members of Canada’s national junior team. The 6’3”, 229lbs left winger from Orangeville has scored 14 goals, 18 assists, 32 points and 69 penalty minutes in 25 games played with the Petes this season. Ritchie was selected in the first round, tenth overall by the Anaheim Ducks in the 2014 NHL Entry Draft.

Canada roster includes two goaltenders, seven defencemen and 13 forwards. The final roster for the 2015 IIHF World Junior Championship must be officially submitted to the IIHF by Dec. 25.

In total, 21 of the 22 players on the roster have previous international experience, including 20 with the national under-18 program, nine players of which won gold at the 2013 IIHF World Men’s Under-18 Championship in Sochi, Russia. Nineteen of the 22 players participated in the regional under-17 program at the 2012, 2013 and 2014 World Under-17 Hockey Challenges.

Prior to the 2015 IIHF World Junior Championship, Canada will play two more pre-tournament games as part of the RBC Road to the World Juniors, on Dec. 21 vs. Sweden in Ottawa, Ont., and Dec. 23 vs. Switzerland in Montreal. Canada was defeated 2-1 in overtime by Russia on Dec. 19 in Toronto. Ticket information for both games is available at www.hockeycanada.ca/2015juniors.

Canada opens the 2015 IIHF World Junior Championship on Boxing Day when it faces Slovakia in Montreal. All of Canada’s games at the World Juniors will be broadcast live by TSN and RDS, the official broadcasters of Hockey Canada; check local listings for broadcast times in your area.

Tickets for the 2015 IIHF World Junior Championship are still available in both host cities.

In Montreal, single-game tickets are now on sale for all 12 games at the Bell Centre, including four Team Canada preliminary round games and two-quarter-finals, starting at just $25. In addition, three mini ticket packages, including either four or five games, and all featuring at least one Team Canada game, are on sale starting at $170, plus applicable fees.

Complete ticket information for the 2015 IIHF World Junior Championship, and all 10 RBC Road to the World Juniors pre-tournament games, can be found at www.hockeycanada.ca/2015juniors.