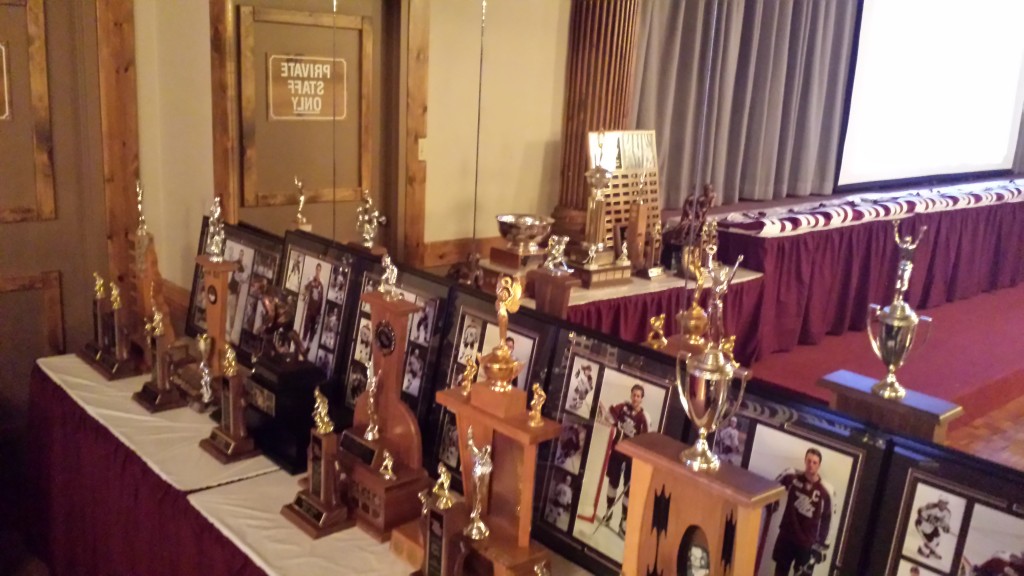 The Peterborough Petes are pleased to announce the winners of the annual awards that were presented at the team’s year-end banquet on Friday night at the Trentwinds International Centre in Peterborough.

A crowd of over 300 staff, family, friends, fans, and past, present, and future players took in the banquet which was MC’d by Rob Snoek, with excellent speeches by Petes captain Connor Boland, Head Coach Jody Hull, GM Mike Oke, and Vice President Dave Pogue.

Overage goalie Andrew D’Agostini stole the show, winning three awards including the Executive Trophy as team MVP. The full list of awards and winners is as follows: