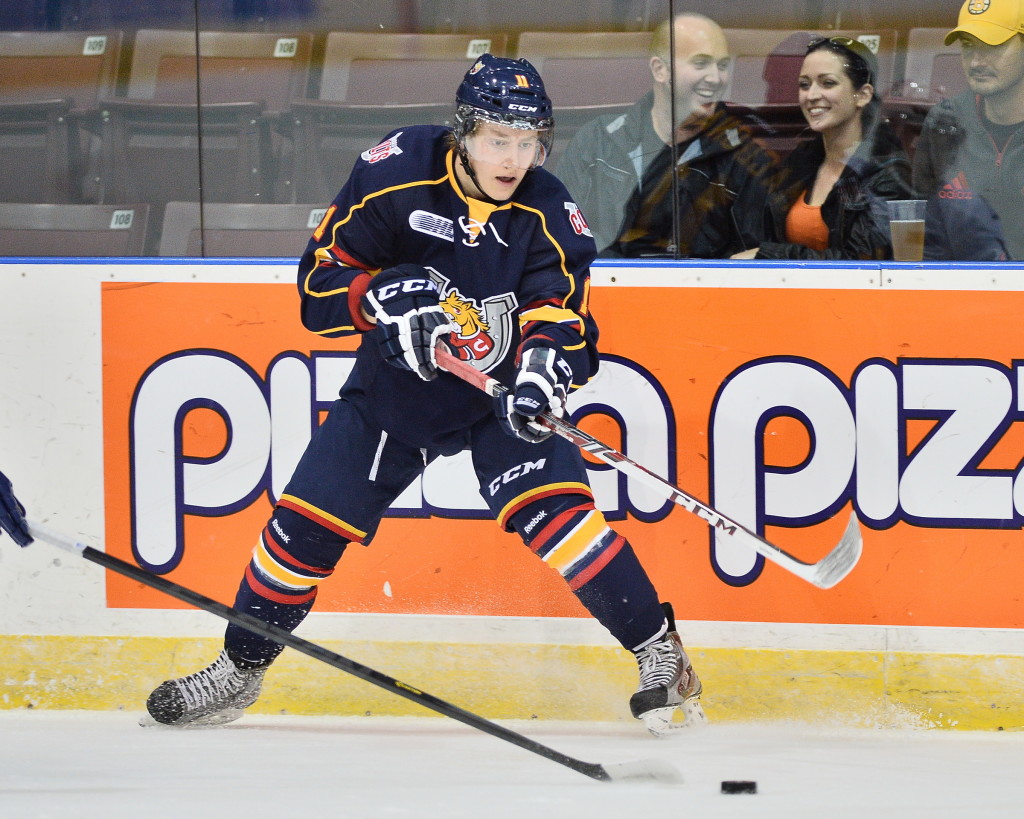 Peterborough Petes General Manager Michael Oke announced today that Left Winger Josh MacDonald has been acquired from the Barrie Colts in exchange for a conditional 15th round pick in the 2014 OHL Priority Selection. If MacDonald appears in one game with the Petes, the 15th round pick will be returned and the trade will instead break down as follows:

MacDonald has played his entire OHL career with the Barrie Colts after being selected in the 3rd round (61st overall) in the 2010 OHL Priority Selection. In 135 career OHL games MacDonald has 21 goals, 24 assists, and 45 points along with 59 penalty minutes. The 5’11”, 190 lbs. winger also has scored 10 points in 35 playoff games.