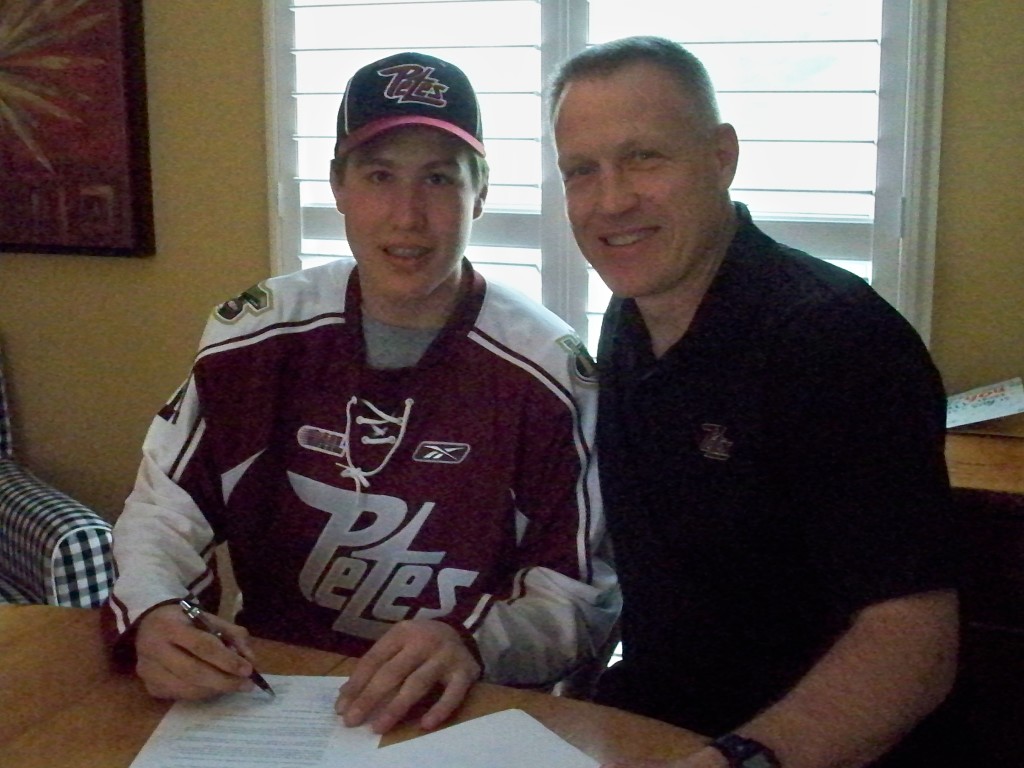 “Nicholas Ritchie, Steven Varga, Stephen Nosad, Trevor Murphy and Cody Thompson have all signed contracts and education packages to join the Peterborough Petes organization” states General Manager David Reid.  “We are extremely excited to add these five players to our organization and look forward to watching them develop not only as players over the years to come, but as young men and members of the Peterborough Community.” 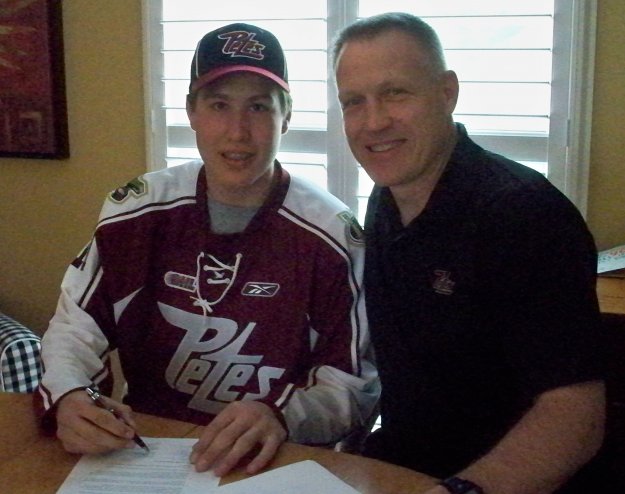 Nicholas has the physical tools of a prototypical power forward while possessing a higher level of skill usually associated with a player of his physical stature.  Overall, he might be the one player in this years OHL Priority Selection that possesses all the ingredients you look for in a hockey player.  He has size, skill, very good feet, some toughness and he competes at a consistently high level.  Nicholas has a great stick, displaying a real soft touch which is more remarkable when you consider his physical size.  Nicholas was an Assistant Captain for the Marlboros and represented Team Ontario at the U16 tournament.  He has advanced to the final U17 training camp in Thunder Bay in July. 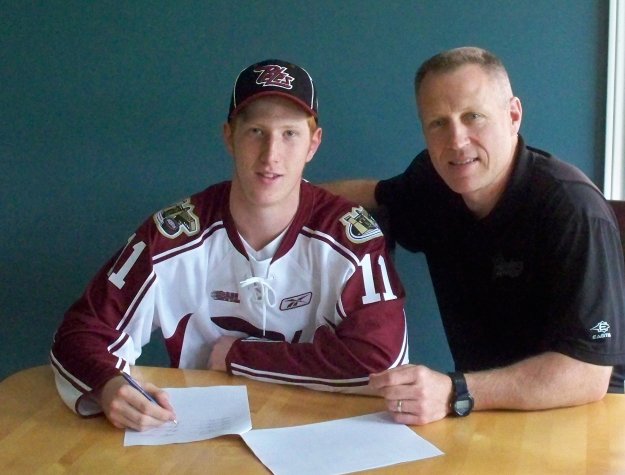 Steven is a very efficient and effective defenseman who plays a very simple and quiet game.  Once you really watch him, you begin to appreciate the game that he plays.  He possesses a good combination of mobility, size and puck moving ability.  Steven shows a high level of defensive responsibility while primarily looking after his own zone.  He works very hard to maintain good defensive positioning while his mobility and skating allow him to control his gap quite effectively.  He has very good feet, which allows him to cover a lot of territory in his own zone.  Steven represented Team Ontario at the U16 Tournament.  He has advanced to the final U17 training camp in Thunder Bay in July. 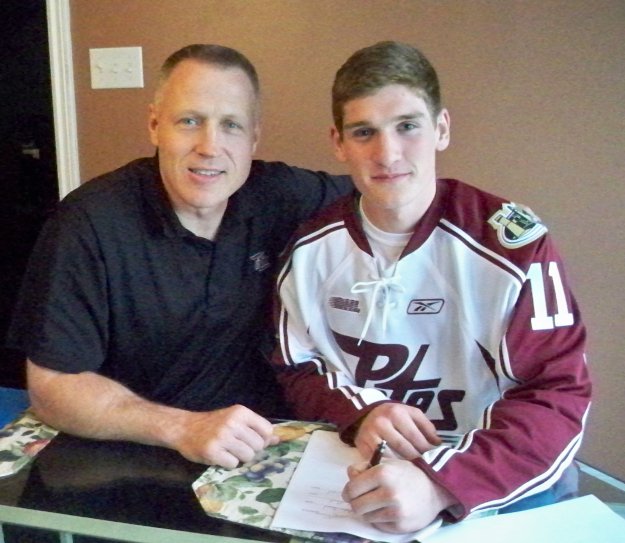 Stephen is a big bodied right winger who plays a pretty effective two way game, while having high end offensive potential.  He is blessed with a very impressive collection of physical tools, legitimate physical size, a good stick and good feet.  Stephen is a very good skater.  When it is needed, he has the ability to find a high speed extra gear.  Stephen can fly up the ice, and use his speed to stretch defenders and open up time and space for his linemates.  Stephen represented Team Ontario at the U16 Tournament and was the Captain of the Express this season. 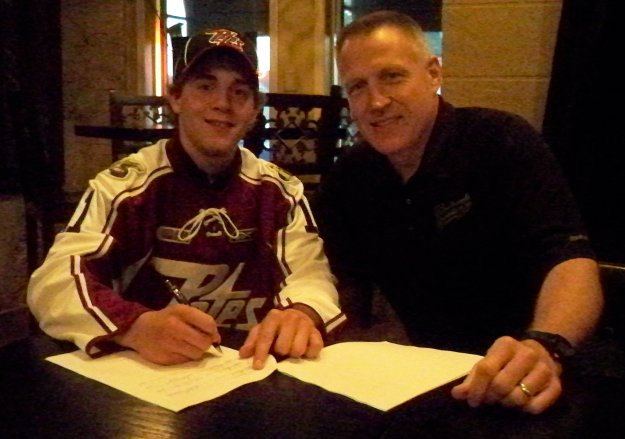 Trevor is a very skilled defender who possesses excellent offensive insticts.  His above average offensive ability allows him to  make good first passes as well as quarterback a powerplay.  Trevor’s skating and ability to think the game at a high speed allow him to elude opposing teams players.  He has a very good shot and makes sure he gets pucks on net.  Trevor plays with very high confidence when skating the puck.  His defense partner with the Panthers was 1st overall selection Aaron Ekblad.  He has advanced to the final U17 training camp in Thunder Bay in July. 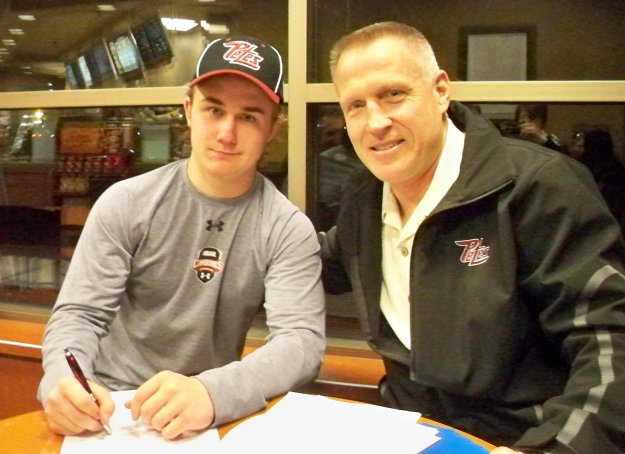 Cody is a very competitive two way forward that skates very well.  He is a physically strong player who possesses an above average shot and speed.  He is well balanced and shifty on his feet.  He possesses good instincts and intelligence and has the ability to read plays in all zones.  Cody was one of the leading scorers at the 2011 OHL Cup.  He was a teammate of 1st round pick Nicholas Ritchie and was an Assistant Captain for the Marlboros.