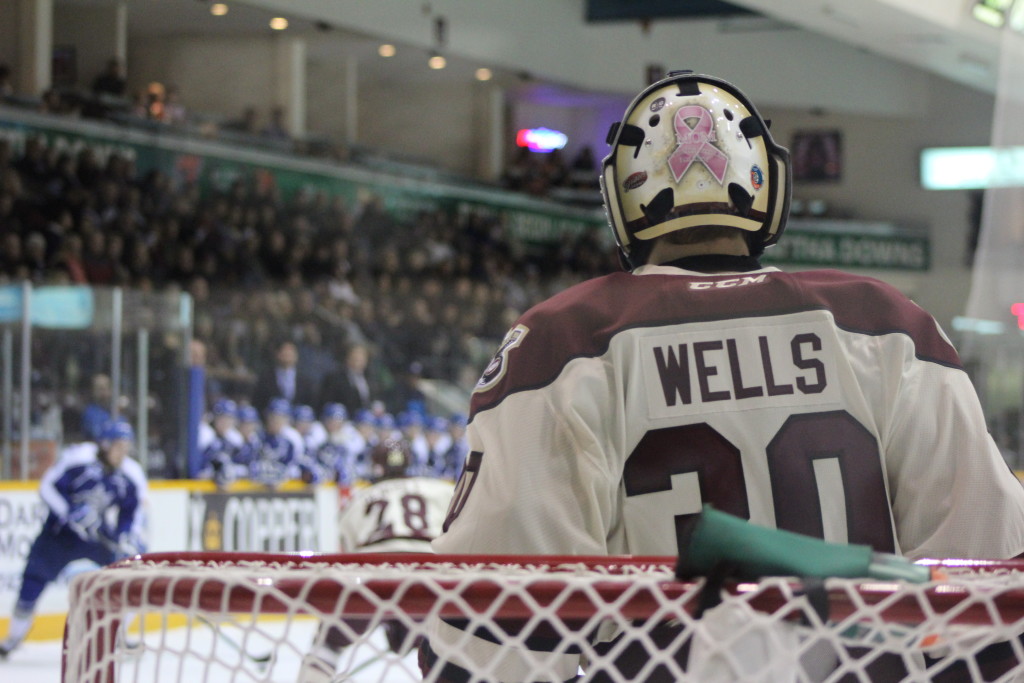 On Saturday night, the Petes welcomed the young gun Sudbury Wolves and top draft pick David Levin to the PMC. The Petes outgunned the Wolves in every sense on Saturday night, outshooting their rivals badly, and outscoring them even moreso en route to an 8-4 home win.

It took less than two minutes in the first for the Petes to get on the board. After a great Steve Lorentz play to drive the net and draw a penalty, Hunter Garlent made the Wolves pay just 34 seconds into a resurging Peterborough powerplay, with Kyle Jenkings picking up a helper, to make it 1-0 for the homers.

The Petes controlled most of the start of the opening period, piling ten shots on goal in the first five minutes. Although’s Sudbury’s Zack Bowman made a number of good saves, but another Peterborough overager made the Wolves pay, as Greg Betzold walked out front and also went short side, this time on Bowman’s left, to double the Petes’ lead from Jonathan Ang and Lorentz. 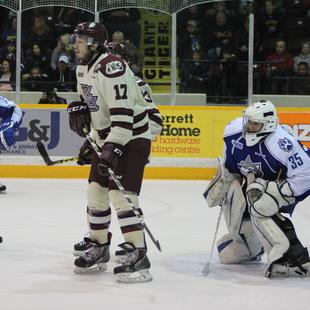 Sudbury would respond just minutes later, though, with Michael Pezzetta jamming the puck home to cut the Petes’ lead in half, assisted by Kyle Capobianco and Dmitry Sokolov on the powerplay.

With Kyle Jenkins doing much of the powerplay quarterbacking, the Petes continued to press the Wolves and rack up shots, but Bowman was solid through the rest of the frame. The same could be said of Petes starter Dylan Wells, who denied all further opportunities despite taking a bad-looking run from a Wolves offender.

After twenty minutes, the score was 2-1 Petes, with the Electric City Kids maintaining a 20-10 shot advantage.

With the second period came yet more Petes chances, and fans continued to be impressed by Jenkins offensive skill. The fourth-year d-man added to his night with a powerplay goal of his own from Eric Cornel and Garlent four minutes into the frame.

Bowman was busy as can be, but kept the cream-clad Petes off the score sheet as the period progressed, opening up the door for Levin to score his fifth of the season on the powerplay from Pezzetta and Capobianco.

With anger brewing between the clubs, the nets remained clear for the remainder of the period but the nastinees continued to be on full display. With the referees earning their keep maintaining peace, the second intermission came with the Petes still up 3-2, holding a commanding 35-17 shot lead.

Whatever Head Coach Jody Hull said in the third period worked, as the final twenty minutes was a goal storm for the Petes who finally turned opportunity to result to put away the game.

First up, the newly acquired Daniel Nikandrov netted his first as a Pete from Eric Cornel and Garlent.

While fans were still cheering for the overager, the Petes added two more in a hurry, with Betzold finding the back of the net from Jenkins and Ang, which was followed shortly by an Adam Timleck marker assisted by Jenkins and Maguire. 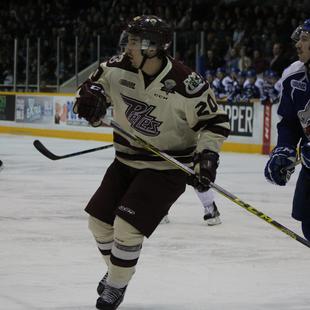 The hometown squad was not done firing up the crowd full of minor hockey players from across Ontario, as Dominik Masin picked up his first goal of the campaign from Ang and Lorentz at the 12:32 mark to make it 7-2.

With just under five minutes remaining, Timleck struck again and the score clock read 8-2 Petes. This goal was assisted by Spencer. Sudbury got two back late in the period as Brady Pataki cut the lead to 8-3 from Pezzetta and Danny Desrocher scored a nifty unassisted breakaway goal in the dying seconds, but it would prove not nearly enough in the closing minutes as the Petes took their four goal lead never looked back.

Jenkins, Garlent, and Betzold were the first, second, and third stars of the game, respectively, while Daniel Nikandrov was voted by fans on the Petes App as the Mark’s Hardest Working Player of the Game.

Next up, the Petes battle Hamilton on the road at 3pm on Sunday, and are back in action against the Ottawa 67’s at the PMC in a rare Wednesday night game at 7:05pm next week. Great seats are still available here.