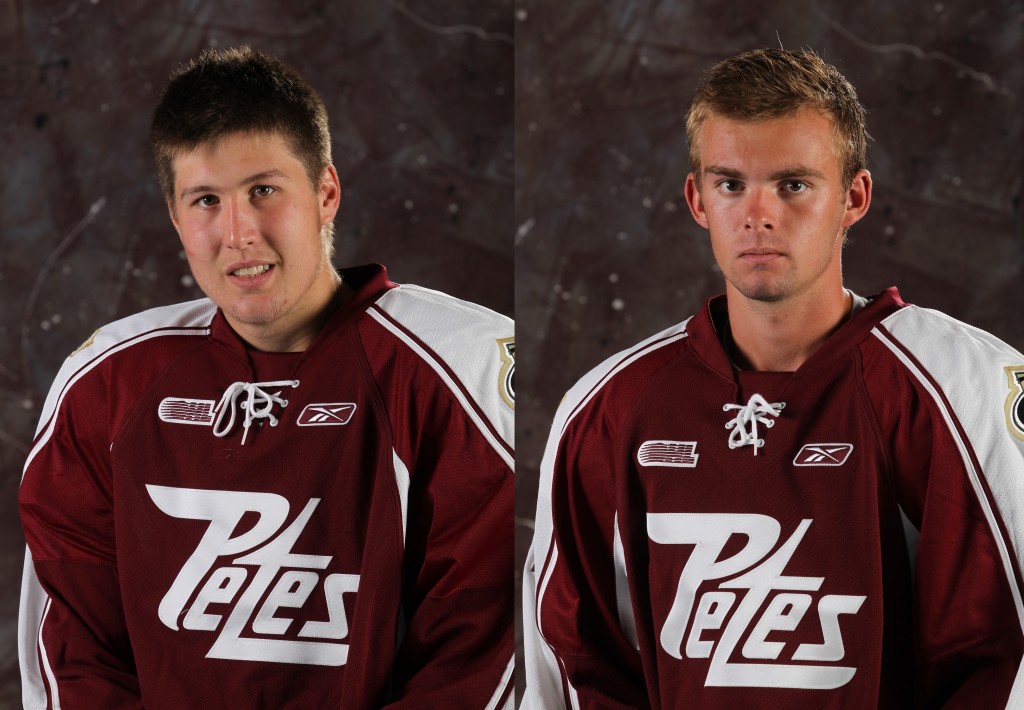 Ritchie has been ranked seventh overall, and leads the Petes in goals, with 20, and sits second on the roster with 45 points in 39 games played along with 87 penalty minutes. TSN’s Director of Scouting Craig Button noted that“Ritchie’s blend of skill, power and size is second to none. He has an excellent shot that can overwhelm goalies. He has the capability of being brilliant yet is still growing as a player. Scary thought!”

Cornel was ranked 38th and has amassed 18 goals and 25 assists for 43 points along with 16 penalty minutes in 46 games played this season. The 6’2”, 184lbs winger from Kemptville, ON is poised for a strong second half, having scored seven goals and eight assists in his last six games.